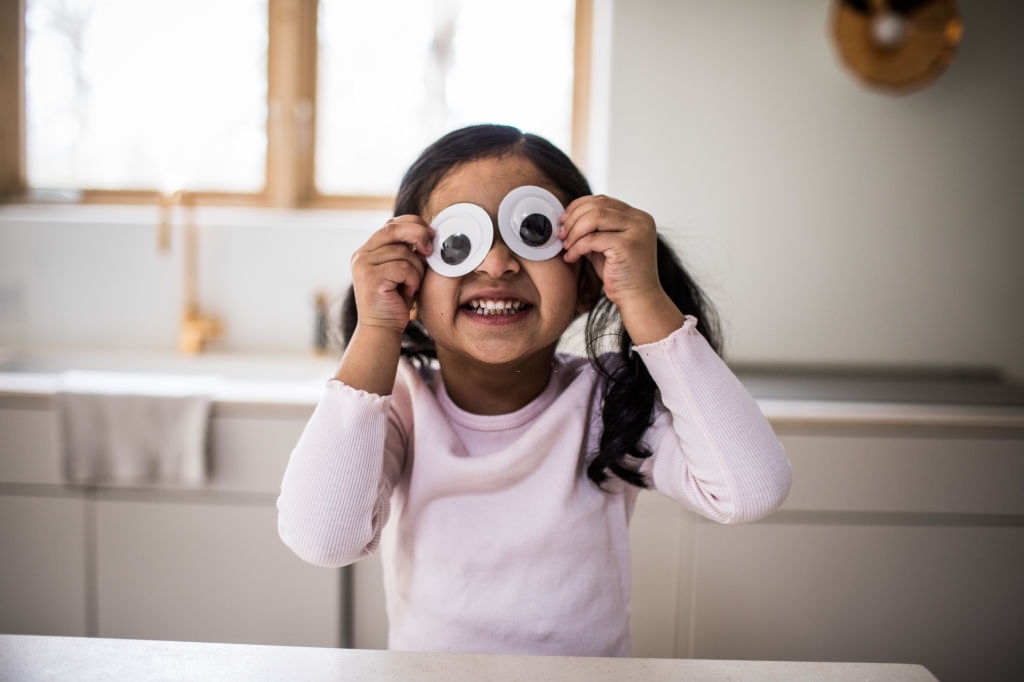 Kids are so much in love with laughing and clowning around. Naturally, funny poems for kids play right into this natural instinct for children. 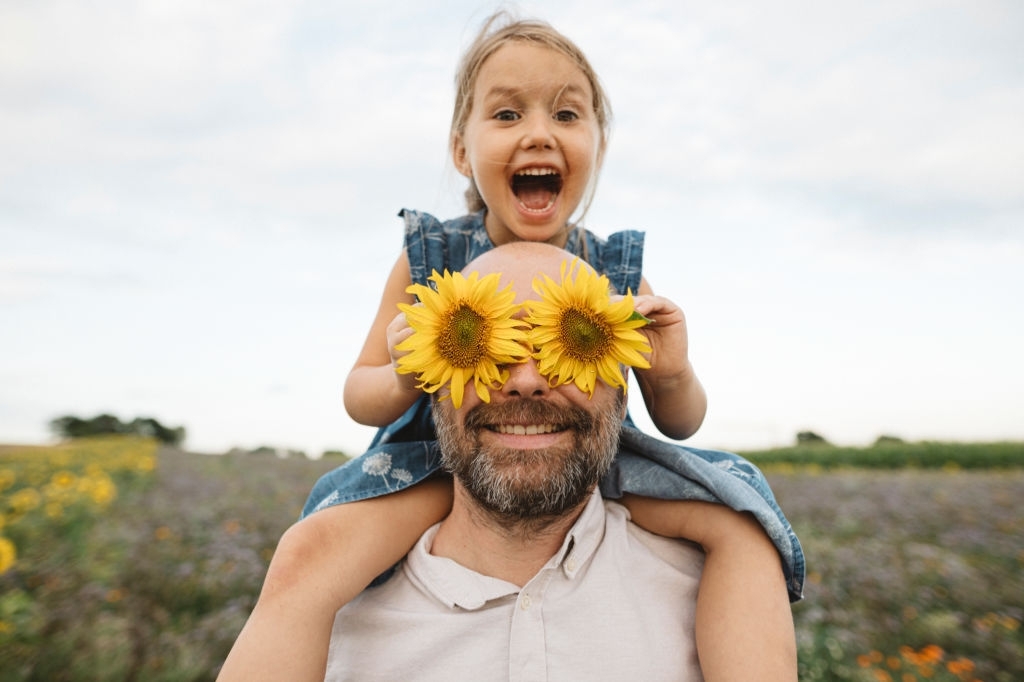 What is funny? Often, the absurd and slightly inappropriate. These poems you are about to read are good for kids.

It is obvious that if the word poetry takes you back to days spent plowing through an archaic piece of writing at school, don’t worry. Trust me.

There is an amazing world of enjoyable poetry out there. This list of funny poems for kids is a good introduction to it.

1. The Walrus and the Carpenter by Lewis Carroll

‘The sun was shining on the sea,
Shining with all his might:
He did his very best to make
The billows smooth and bright—
And this was odd, because it was
The middle of the night.

The moon was shining sulkily,
Because she thought the sun
Had got no business to be there
After the day was done—
“It’s very rude of him,” she said,
“To come and spoil the fun!”

The sea was wet as wet could be,
The sands were dry as dry.
You could not see a cloud, because
No cloud was in the sky:
No birds were flying over head—
There were no birds to fly.

The Walrus and the Carpenter
Were walking close at hand;
They wept like anything to see
Such quantities of sand:
“If this were only cleared away,”
They said, “it WOULD be grand!”

“If seven maids with seven mops
Swept it for half a year,
Do you suppose,” the Walrus said,
“That they could get it clear?”
“I doubt it,” said the Carpenter,
And shed a bitter tear.

“O Oysters, come and walk with us!”
The Walrus did beseech.

“A pleasant walk, a pleasant talk,
Along the briny beach:
We cannot do with more than four,
To give a hand to each.”

But four young oysters hurried up,
All eager for the treat:
Their coats were brushed, their faces washed,
Their shoes were clean and neat—
And this was odd, because, you know,
They hadn’t any feet.

Four other Oysters followed them,
And yet another four;
And thick and fast they came at last,
And more, and more, and more—
All hopping through the frothy waves,
And scrambling to the shore.

The Walrus and the Carpenter
Walked on a mile or so,
And then they rested on a rock
Conveniently low:
And all the little Oysters stood
And waited in a row.

“The time has come,” the Walrus said,
“To talk of many things:
Of shoes—and ships—and sealing-wax—
Of cabbages—and kings—
And why the sea is boiling hot—
And whether pigs have wings.”

“But wait a bit,” the Oysters cried,
“Before we have our chat;
For some of us are out of breath,
And all of us are fat!”
“No hurry!” said the Carpenter.
They thanked him much for that.

“A loaf of bread,” the Walrus said,
“Is what we chiefly need:
Pepper and vinegar besides
Are very good indeed—
Now if you’re ready Oysters dear,
We can begin to feed.”

“But not on us!” the Oysters cried,
Turning a little blue,
“After such kindness, that would be
A dismal thing to do!”
“The night is fine,” the Walrus said
“Do you admire the view?

“It was so kind of you to come!
And you are very nice!”
The Carpenter said nothing but
“Cut us another slice:
I wish you were not quite so deaf—
I’ve had to ask you twice!”

“It seems a shame,” the Walrus said,
“To play them such a trick,
After we’ve brought them out so far,
And made them trot so quick!”
The Carpenter said nothing but
“The butter’s spread too thick!”

“I weep for you,” the Walrus said.
“I deeply sympathize.”
With sobs and tears he sorted out
Those of the largest size.
Holding his pocket handkerchief
Before his streaming eyes.

“O Oysters,” said the Carpenter.
“You’ve had a pleasant run!
Shall we be trotting home again?”
But answer came there none—
And that was scarcely odd, because
They’d eaten every one.’

2. Adventures of Isabel by Ogden Nash

Isabel didn’t scream or scurry.
She washed her hands and she straightened her hair up,
Then Isabel quietly ate the bear up.
Once in a night as black as pitch
Isabel met a wicked old witch.

The witch’s face was cross and wrinkled,
The witch’s gums with teeth were sprinkled.
Ho, ho, Isabel! the old witch crowed,
I’ll turn you into an ugly toad!
Isabel, Isabel, didn’t worry,
Isabel didn’t scream or scurry,
She showed no rage and she showed no rancor,
But she turned the witch into milk and drank her.

Isabel met a hideous giant,
Isabel continued self reliant.
The giant was hairy, the giant was horrid,
He had one eye in the middle of his forehead.
Good morning, Isabel, the giant said,
I’ll grind your bones to make my bread.

Isabel, Isabel, didn’t worry,
Isabel didn’t scream or scurry.
She nibbled the zwieback that she always fed off,
And when it was gone, she cut the giant’s head off.
Isabel met a troublesome doctor,
He punched and he poked till he really shocked her.

The doctor’s talk was of coughs and chills
And the doctor’s satchel bulged with pills.
The doctor said unto Isabel,
Swallow this, it will make you well.
Isabel, Isabel, didn’t worry,
Isabel didn’t scream or scurry.
She took those pills from the pill concocter,
And Isabel calmly cured the doctor. 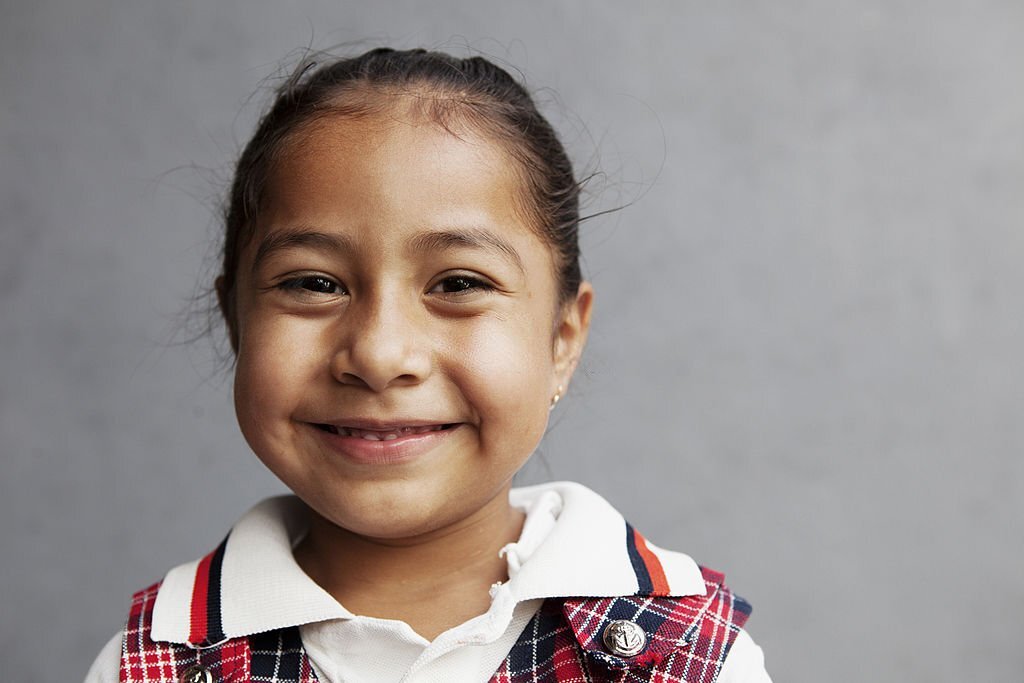 3. Dentist and the Crocodile by Roald Dahl

The crocodile, with cunning smile, sat in the dentist’s chair.
He said, “Right here and everywhere my teeth require repair.”
The dentist’s face was turning white. He quivered, quaked and shook.
He muttered, “I suppose I’m going to have to take a look.””I want you,” Crocodile declared, “to do the back ones first.
The molars at the very back are easily the worst.”

He opened wide his massive jaws. It was a fearsome sight––
At least three hundred pointed teeth, all sharp and shining white.
The dentist kept himself well clear. He stood two yards away.
He chose the longest probe he had to search out the decay.
“I said to do the back ones first!” the Crocodile called out.
“You’re much too far away, dear sir, to see what you’re about.

To do the back ones properly you’ve got to put your head
Deep down inside my great big mouth,” the grinning Crocky said.
The poor old dentist wrung his hands and, weeping in despair,
He cried, “No no! I see them all extremely well from here!”
Just then, in burst a lady, in her hands a golden chain.
She cried, “Oh Croc, you naughty boy, you’re playing tricks again!”
“Watch out!” the dentist shrieked and started climbing up the wall.
“He’s after me! He’s after you! He’s going to eat us all!”
“Don’t be a twit,” the lady said, and flashed a gorgeous smile.
“He’s harmless. He’s my little pet, my lovely crocodile.”

Oh, Mother, Oh, Mother,
Come quickly and see,
The house and the farmyard
Have gone on a spree.

The pig’s in the pantry,
The chickens are out,
The parrot is perched
On the tea kettle spout.

And mercy, Oh, mercy,
Oh, what shall I do?
A rat has run off
With my very best shoe.

5. The Teachings of a snail by Willameena

The snail that sat upon your shoulder it whispered to you number order.
If two is three and three is two then one is five and you look blue.
“Do you not enjoy this game?” The snail looked to you as it asked in vain.
The game of numbers is one we play by seeing things most every day.
Down is up and left is right then four is eight and nine is five.

But one was five I thought you said?
“Shut your mouth or you’ll end up dead!” The snail continued his nonsense game of numbers, words and silly things.
The root of ten is thirty four but wait, then what’s the root or thirty four?
The crooning of his awful voice’s enough to make your skull so ache.
“Wait, stop! Do set me down!” The snail cried out as you swung him round.
And off he flew into the water where a fish poked out and thanked you for supper.

6. The Hen by Lord Alfred Douglas

The hen is a ferocious fowl,
She pecks you till she makes you howl.

And all the time she flaps her wings,
And says the most insulting things.

And when you try to take her egss,
She bites large pieces from your legs.

The only safe way to get these,
Is to creep on your hands and knees.

In the meanwhile a friend must hide,
And jump out on the other side.

And then you snatch the eggs and run,
While she pursues the other one.

The difficulty is, to find
A trusty friend who will not mind.

Once it is story time, kids come clustering. Let them know today will take a different turn; it is poetry time. A fun activity that employs engagement through rhyming and repetition. Poetry offers this means of bonding, and even daring to be stronger than story-telling.

I really hope you enjoyed reading those selected funny poems for kids? Trust me, you will always have more of that if you continue to keep in touch with Daily Time Poems. 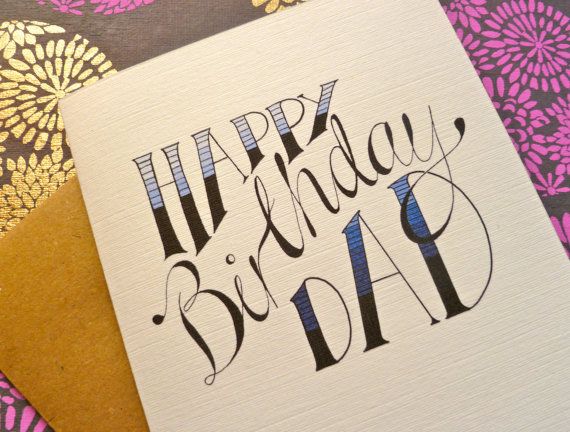 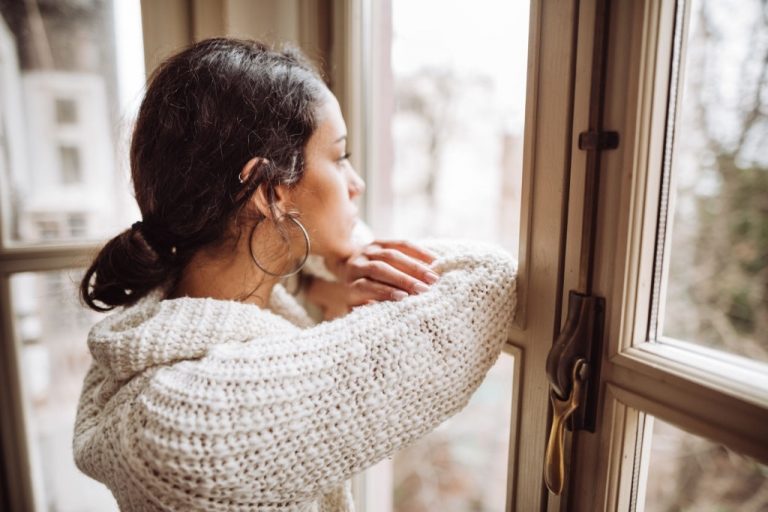 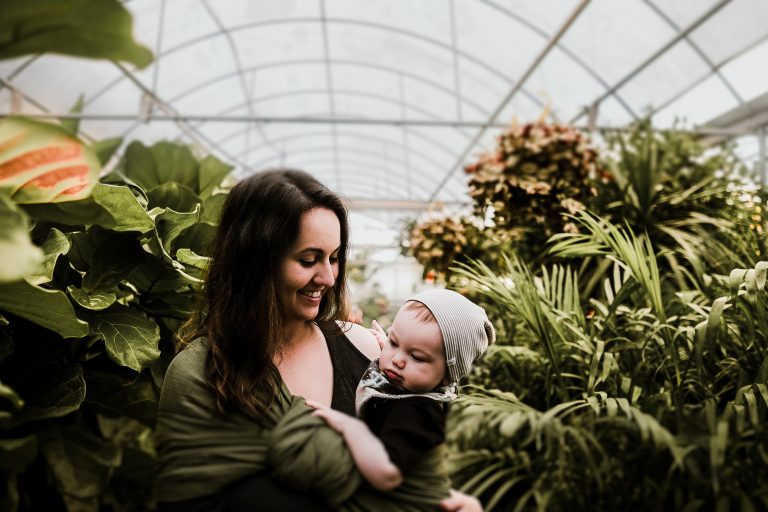 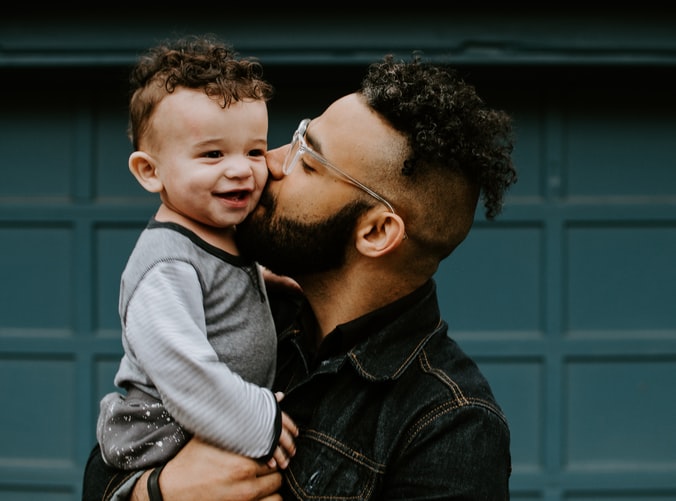 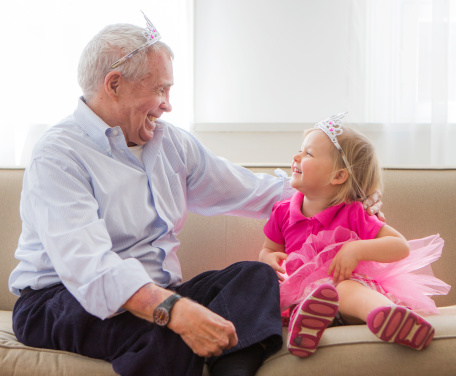 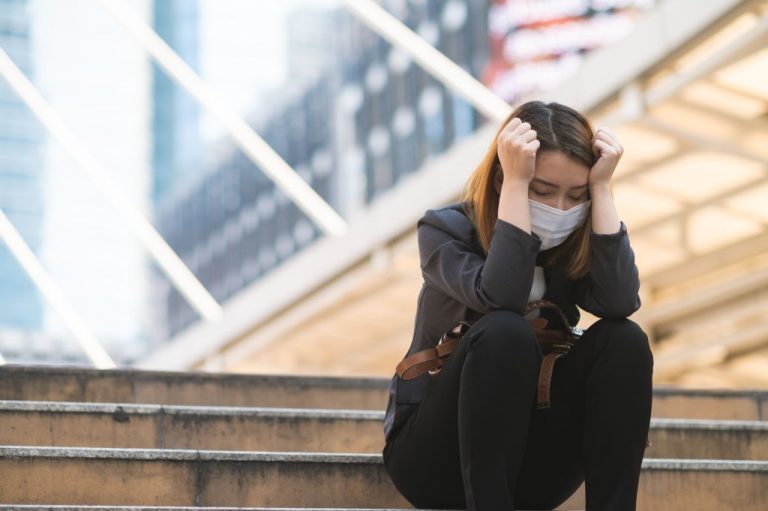