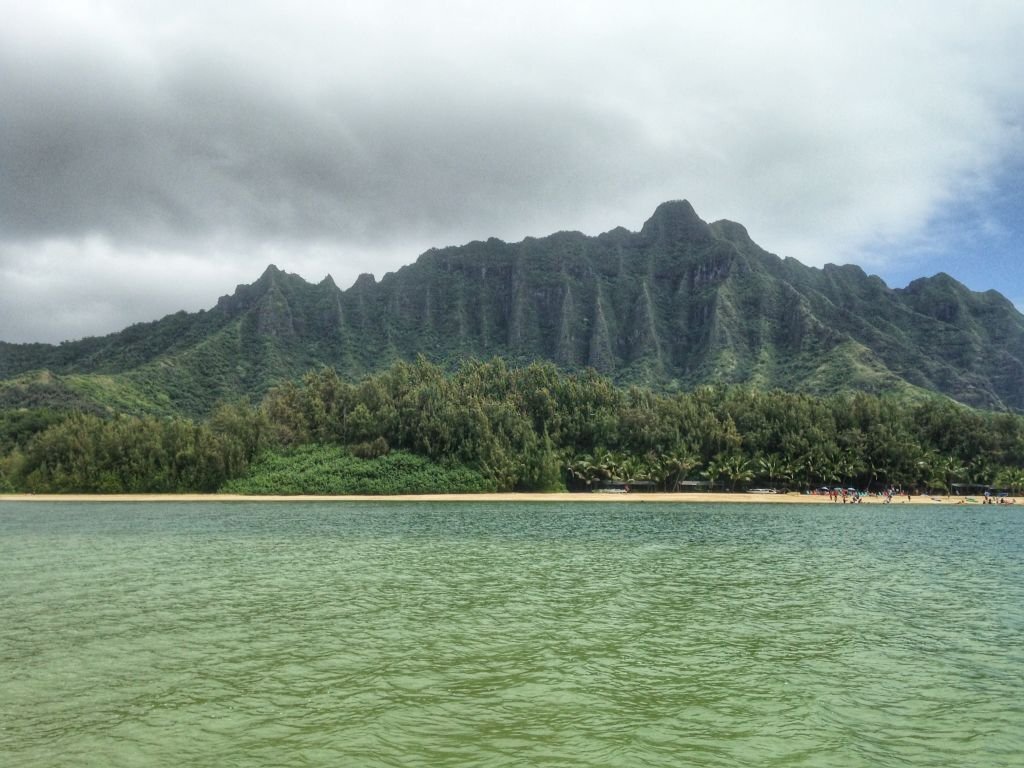 Loss has the power to destroy a person’s heart and spirit. Nothing can soothe the gnawing agony it leaves behind. When great trees fall, the author discusses how it creates an open wound that repeatedly tries to heal but is kept open by regret and memories. 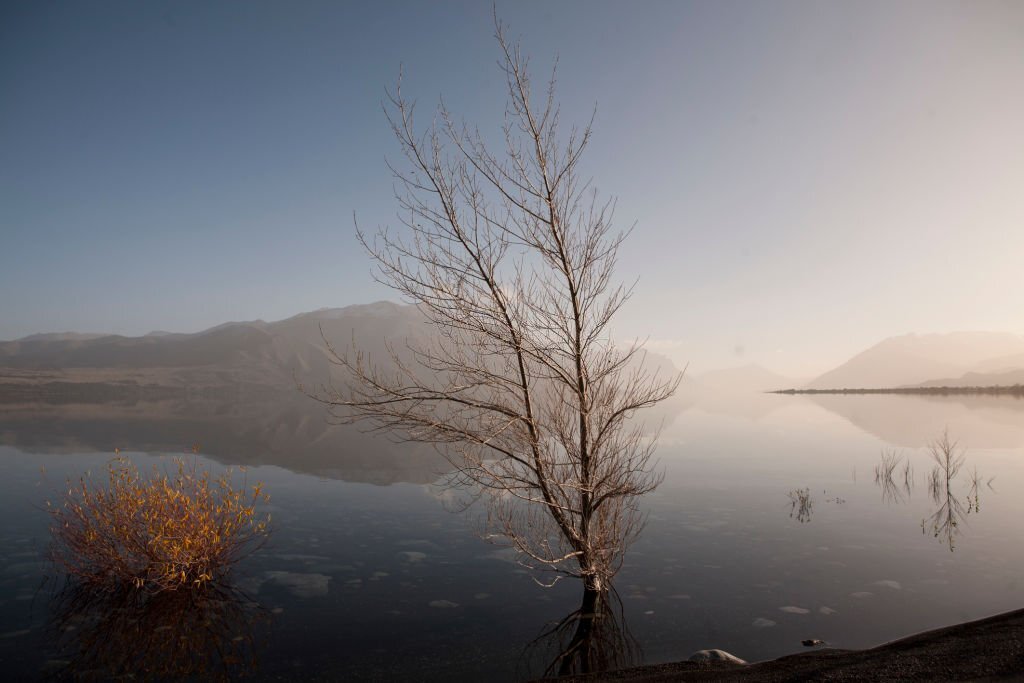 The speaker in Maya Angelou’s poem “When Great Trees Fall” empathizes with everyone who has experienced the intense anguish of losing a loved one.

With her forceful remarks, the speaker can convey not just how well she can relate to the sense of profound loss and agony, but also how she may provide hope for recovery.

The overall tone of the poem and the poet’s use of straightforward, plain grammar and diction help to achieve this.

Moments of despondency and melancholy give way to ones of optimism and tranquility.

Angelou was genuinely passionate about this subject since she approached her discussion of death in a thoughtful, kind, and serene manner.

When great trees fall,
Rocks on distant hills shudder,
Lions hunker down
In tall grasses,
And even elephants
Lumber after safety.

When great trees fall
In forests,
Small things recoil into silence,
Their senses
Eroded beyond fear.

Great souls die and
Our reality, bound to
Them, takes leave of us.
Our souls,
Dependent upon their Nurture,
Now shrink, wizened.
Our minds, formed
And informed by their
Radiance,  Fall away.
We are not so much maddened
As reduced to the unutterable ignorance  Of
Dark, cold
Caves.

And when great souls die,
After a period peace blooms,
Slowly and always
Irregularly. spaces fill
With a kind of
Soothing electric vibration.
Our senses, restored, never
To be the same, whisper to us.
They existed. They existed.
We can be. be and be
Better. for they existed.

Summary of When Great Trees Fall 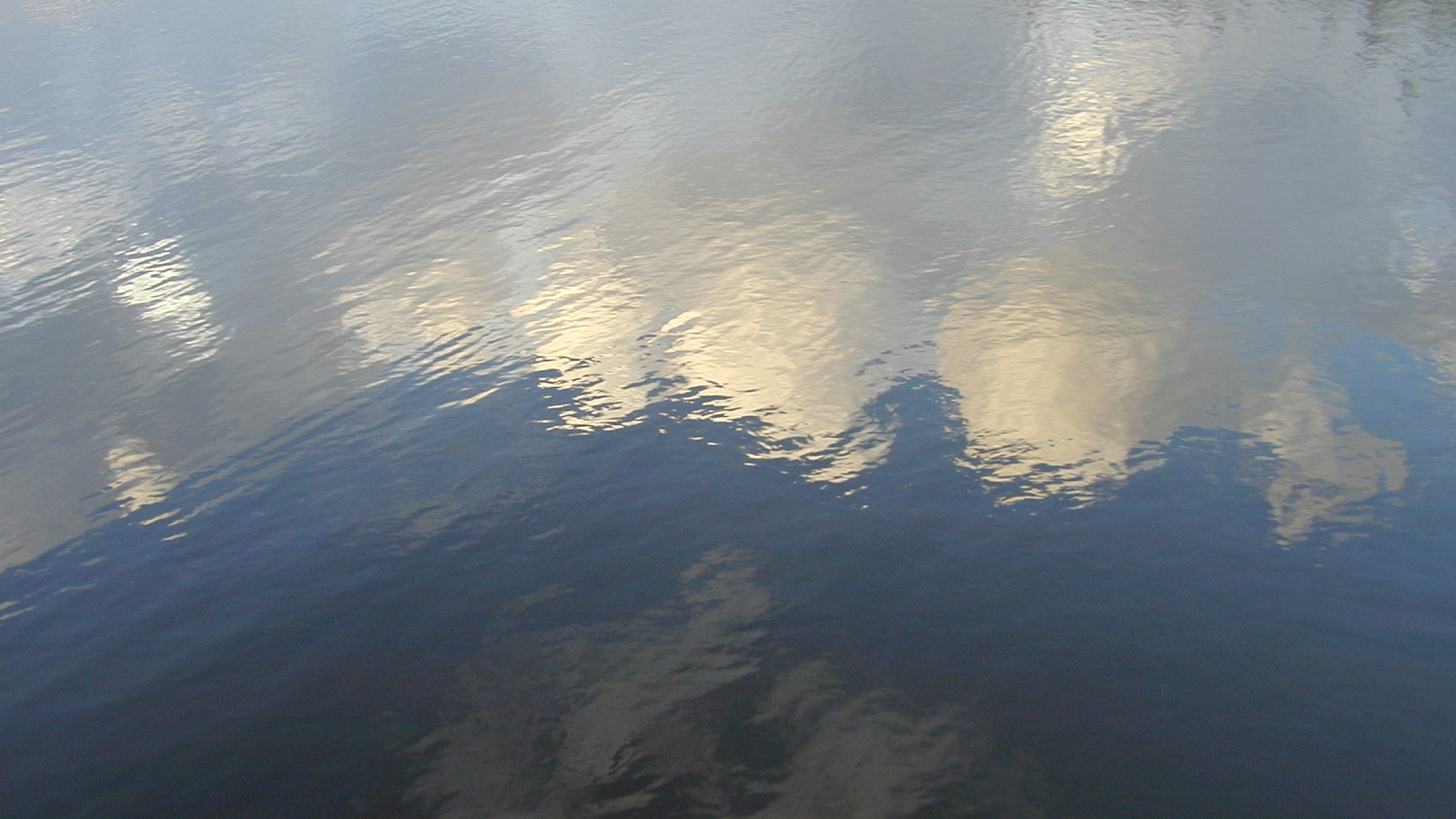 The speaker opens the opening words by describing a scene from nature using an elaborate metaphor. She talks about how animals respond when “huge trees collapse.”

‘When Great Trees Fall‘ by Maya Angelou is a moving poem that discusses the impact lost loved ones have on the living.

They run away, dig in, and “lumber for safety.” Losing a loved one is compared to the enormous alterations that result from the falling of strong, big trees in the forest in this metaphor.

As the poem goes on, she openly discusses “great souls” and how people deal with loss. The third stanza talks about one’s incapacity to breathe and how one’s memory gets sharper.

The poem ends with a message of regeneration and optimism, asserting that “We can be…better” following the passing of a loved one. Since they were there.

Maya Angelou’s poem “When Great Trees Fall” has five stanzas that are divided into unbalanced groupings of lines.

The stanzas are anything from five to fourteen lines long. Although there is no set rhyme system or metrical pattern, Angelou uses several poetic devices to bind the text and give it a sense of rhythm and rhyme.

These include repetition, alliteration, enjambment, and figurative language examples like metaphors.

When two or more words that start with the same letter are used consecutively or at least closely together, alliteration occurs.

Enjambment is a significant method frequently used in poetry. It happens when a line is terminated before it would naturally cease.

A reader must swiftly go on to the next line and the following one because of enjambment. To easily resolve a phrase or sentence, one must proceed.

The transition between lines two and three of the third stanza is one notable instance, however it can be found throughout “When Great Trees Fall.”

We must read the next paragraph to find out what the “air surrounding us becomes”. The spaces between lines one and two, as well as two and three, in the fourth stanza display another poignant usage of enjambment.

In this passage, Angelou talks on the poignant moments between life and death and the grief that engulfs a former existence.

Angelou also employs repetition, which is the repeated use of a particular device, word, tone, or phrase within a poem.

Repetition weaves into the poem’s overall framework. The poem includes a refrain that partially repeats the title, “When Great Trees Fall.”

For instance, it appears word for word at the beginning of stanzas one and two. They change the sentence at the start of stanzas three, four, and five to make the metaphor explicit.

Instead of using trees as a metaphor for human existence, she speaks directly to the “great souls.”

Analysis of the Poem 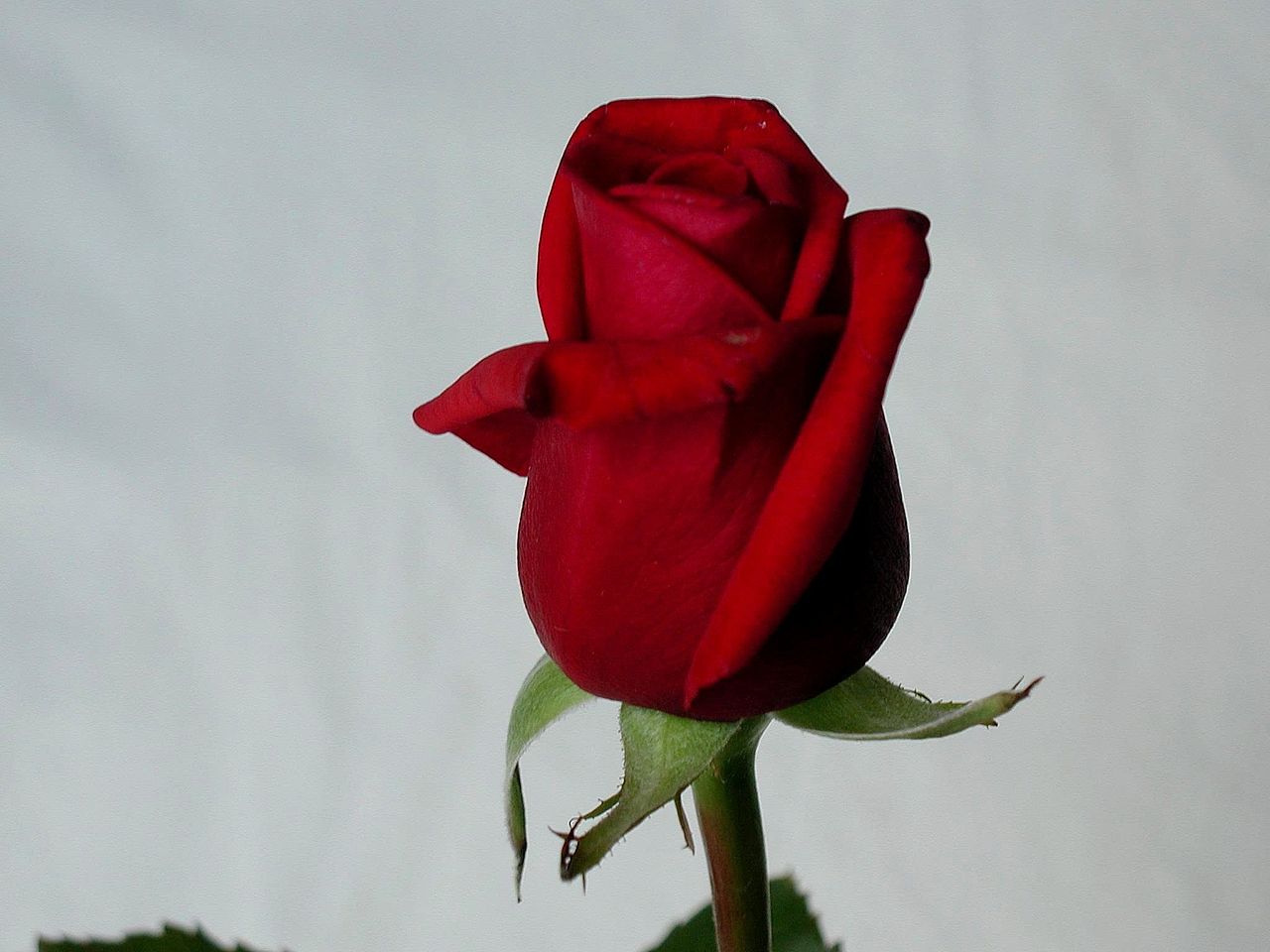 The metaphor of the tree that falls is used to begin this poem, which may be read in its entirety here.

Naturally, it represents the loss of a fantastic individual. A large tree’s fall is audible for kilometers in all directions.

Similar to this, when a great soul passes away, they felt widely its repercussions and deeply.

The metaphor of “rocks on faraway hills shudder[ing]” illustrates how death affects everyone, including those who are far away, by making them feel hopeless and uneasy.

The “hunkering down” lions represent how some people may respond to the loss. A certain level of panic and the urgent need to get away and find the loss brings refuge on.

However, the sense of desolation that results from losing a significant person cannot be avoided.

The speaker uses nature and animals to illustrate the impacts of death, which enables the reader to relate to the emotion through the visuals that are provided.

This verse carries on the metaphor. The speaker now focuses on the “little things” after previously describing how the passing of a great person affects large things.

This implies that both the mighty and the little mourn the passing of a great person. This may imply that children, who are physically smaller than adults, experience the repercussions of the loss more keenly.

It may also imply that persons who are anonymous, without notoriety or political significance, experience the consequences of the loss in a similar way as the great thinkers of their day.

Even the smallest woodland creatures “recoil into quiet” when a large tree falls in the forest.

This represents how individuals become silent when they are depressed. There are no consoling words. Since their “senses [are] degraded beyond terror,” they are not even sure of what they are feeling.

This is a reference to the emotional and spiritual numbness that frequently accompanies the passing of a significant person. 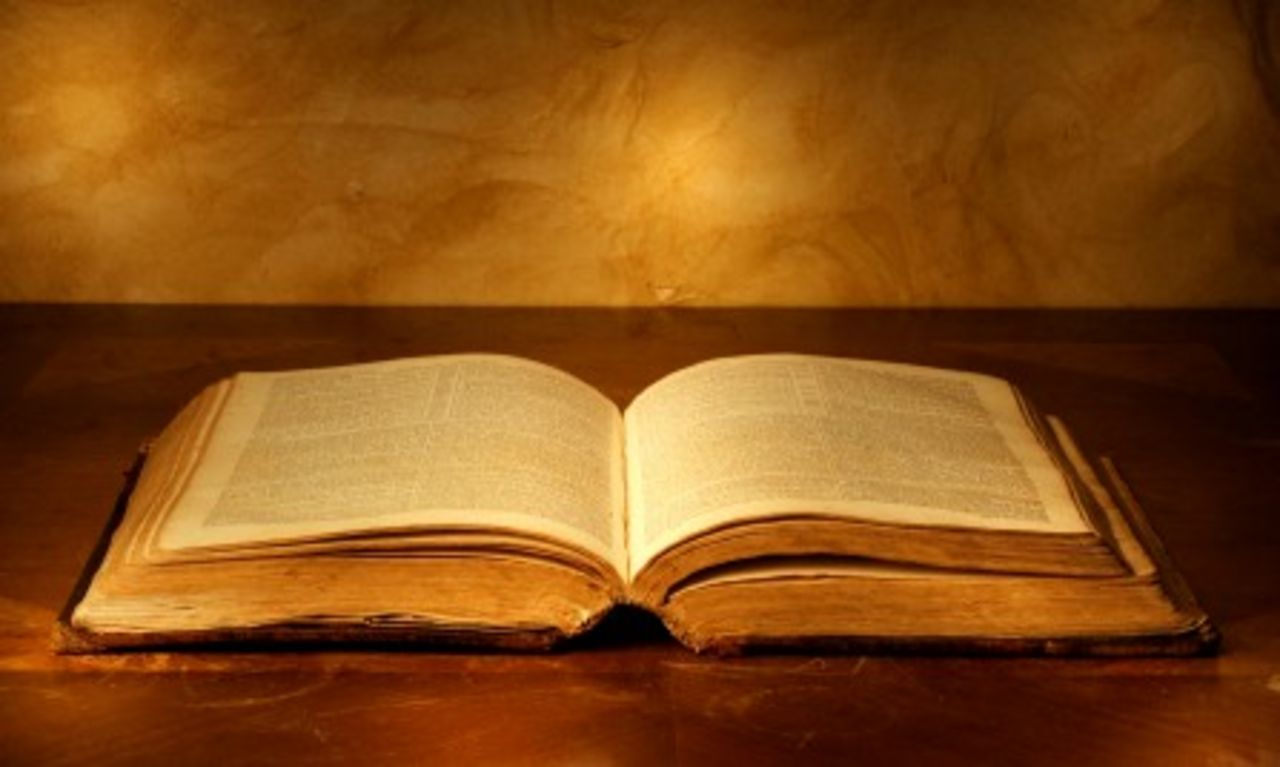 The speaker stops using metaphors in the third verse and speaks simply about death.

Similar to how a massive tree’s collapse sends waves miles away, the passing of a great soul impacts the hundreds or thousands of souls they touched while they were alive.

Even the air seems to become “light” and “septic,” according to the speaker. When a significant loved one passes away, it is difficult to breathe.

The speaker talks about how individuals who have experienced loss have a fleeting “hurtful clarity” in which they may see and comprehend what a priceless soul has been lost.

A person’s memory is frequently “suddenly heightened” when loss strikes.

Even if they are priceless, these memories also strike the soul like a blade. The speaker then discussed the regret that may frequently follow the loss of a loved one.

Sometimes, after losing a loved one, one will regret “nice things spoken”.

The speaker has obviously gone through the type of loss that left her wishing fervently for more time to express her feelings for the person who was snatched from her too soon.

She considers the walks she committed to taking with that special someone. Her unfulfilled promises have left her with a nagging pang of regret and despondency.

The speaker provides insight into the psychological and emotional impact of losing a loved one in this verse.

Losing a “great soul” in this lyric refers to the loss of a soul who significantly impacted the speaker’s daily existence.

our reality, bound to

them, takes leave of us.

We are not so much maddened

as reduced to the unutterable ignorance  of

She shows how a person’s world might actually shift because of loss. The speaker describes how “our souls” might rely on the care of another, and how when that person passes away, it can make us feel little and as though our own souls have shrunk.

She talks about how one’s mind might be “enlightened by their [Great One’s] brightness” and how individuals who are grieving can have the feeling that their thoughts “slip away.”

Using the second-person point of view, the speaker expresses sympathy for those who have experienced this loss by saying, “We are not so much maddened as consigned to the unutterable ignorance of dark, frigid caverns.”

This shows that the speaker is not necessarily furious after experiencing a loss, even if anger may be one among the sentiments that result from the loss.

However, she feels more desperation than fury. They likened this dejection to a “cold, gloomy cave.” The emotions are “unutterable” because they are so intense.

The speaker empathizes with everyone who has experienced this overwhelming despondence after losing a significant other. 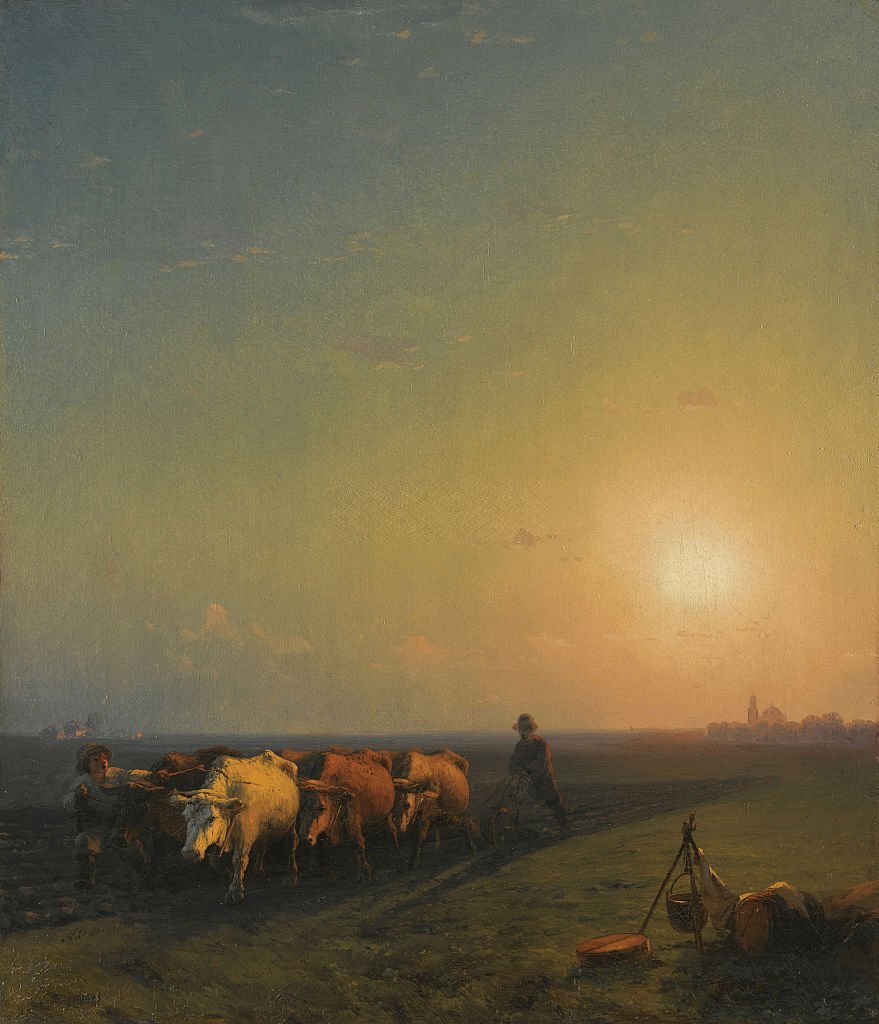 The speaker of this poem gives hope to everyone who has experienced loss in the last stanza by describing the mending that has taken place in the death’s wake.

The speaker seems to be suggesting that time has given room for this mending to take place. She says that “after a while,” she could experience “peace blooming.”

And when great souls die,

After a period, peace blooms,

We can be. Be and be

better. For they existed.

It took place “slowly and always erratically.” This shows that even while she was gradually recovering and feeling at peace, she still had times of despondency and agony.

She characterized the experiences as having “a type of peaceful electric vibration” in between the healing.

Although losing the loved one brought back some of the anguish, it also brought consolation and solace to her.

Even though they were “never to be the same,” she writes that gradually her senses were “restored.”

She hears the one lost in the back of her mind and in the backdrop of all she does. The phrase “they existed” is whispered to her.

They were real. Her life now has new meaning and purpose because of this. She asserts that she can “be better” because this great one already existed.

All those who have endured loss will find immense hope in this poem’s conclusion. The speaker keeps empathizing with those who have also lost loved ones.

It gives the readers the impression that they are not alone. There is hope for healing and joy in the middle of a profound loss, even if things will never be the same and even though there will always be grief and despair.