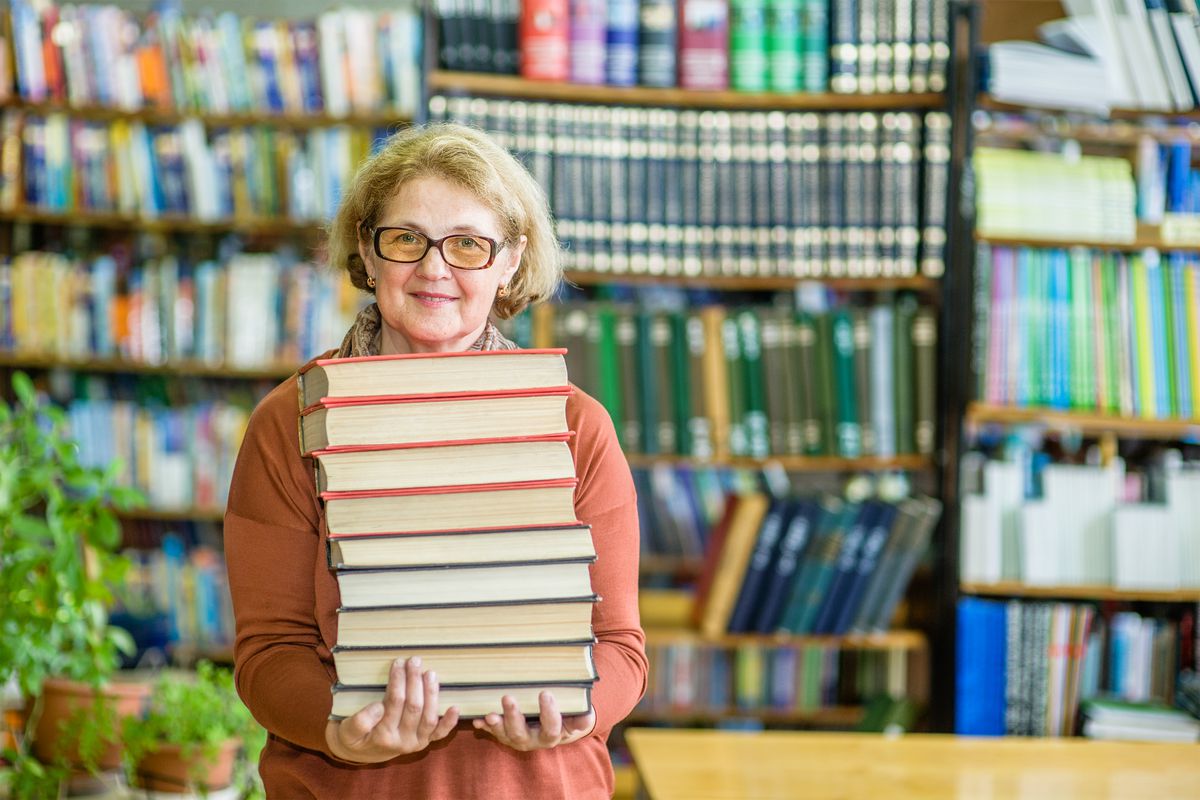 Do you enjoy reading books about libraries? This book list will be a terrific place to start if you’re overdue for reading books set in libraries and want to find one you’ll adore!

Currently, the term “library” appears to be employed in a wide variety of contexts, from the traditional public library to the online library.

Public libraries and all libraries are evolving, dynamic spaces where librarians assist users in locating the greatest information sources.

Libraries are enchanted labyrinths where you can go lost and then re-emerge as a different person.

These outstanding books on libraries feature notable libraries, librarians, and even library cats.

These are interesting books about librarians who chose to explore the world.

1. The Library at the Edge of the World

Hanna Casey makes an effort not to worry about a lot of things as she navigates her mobile library van between the towns on Ireland’s West Coast.

She tried not to worry about residing in the back bedroom of her domineering mother’s retirement cottage in Lissbeg, the little Irish town she fled in her teens.

The Library at the Edge of the World is a charming tale about finding a place where you truly belong that is told with heart and charm in abundance.

2. The Giver of Stars by Jojo Moyes

The Givers of Stars is a wonderful narrative about inner strength and how books reflect how communities come together.

The Giver of Stars is unmatched in its breadth and epic in its storytelling, and it is based on a genuine story with historical roots in America.

It is bound to become a modern classic and is funny, tragic, and intriguing. It is a deeply gratifying tale about women’s friendship, genuine love, and what happens when we strive beyond our grasp for the great beyond.

3. The Book Woman of Troublesome Creek

Cussy Mary, a packhorse librarian, is the main character of Kim Michele Richardson’s best-selling historical fiction book, which follows her effort to provide books to the Appalachian community she adores.

The Book Woman of Troublesome Creek is a story of unbridled daring, strong fortitude, and one woman’s conviction that books may take us anywhere—even back home.

The true blue-skinned people of Kentucky and the brave and devoted Kentucky Pack Horse library service of the 1930s inspired the story.

4. The Librarian of Boone’s Hallow by Kim Vogel Sawyer

In this stirring tale from the bestselling author of A Silken Thread, a traveling librarian rides through the mining villages of Kentucky on horseback and learns to trust the one who actually writes her story.

The amazing tale of Clare Abshire, an artist whose life follows a natural sequential path, and Henry DeTamble, a dashing, adventurous librarian who travels through time accidentally, is told in this dazzling novel in the most unconventional style.

Henry and Clare’s intense love affair survives over a sea of time and traps the two lovers in an achingly lovely snare.

Although everyone is aware of the magic that exists in libraries, these ones truly are magical.

You can examine universes where books can be entered and where libraries are interconnected by having a look at these books.

6. The Librarian by Christy Sloat

Emme had no intention of staying in Maine.

She had just come to recruit a librarian for her Gram’s library, someone to look after the collection of enigmatic books she had vowed to safeguard.

When she first picks up one of the old books in the library on a gloomy winter night by herself, she is immediately transported to 1892 England and finds herself gazing into the hero Jack Ridgewell’s handsome, dashing eyes.

With each new chapter, she discovers that book boyfriends are real and that Emme must choose between the actual world and their relationship.

7. The Invisible Library by Genevieve Cogman

For the mysterious Library, which gathers stories from several realities, Irene works as a professional snoop.

She has also been assigned to an alternate London with her mysterious aide, Kai. To retrieve a hazardous book was their goal.

But they have already taken it when they show up.

To find her book, London’s underground groups appear ready to fight to the death.

8. A Starless Sea by Erin Morgenstern

A classic love story with pirates, painters, lovers, liars, and ships that navigate a starless sea comes from the bestselling author of “The Night Circus”.

A graduate student in Vermont Zachary Ezra Rawlins finds a fascinating book buried among the stacks.

He flips through the pages, enthralled by tales of faceless acolytes, key collectors, and lovelorn captives when he comes upon a curious passage: a narrative from his own boyhood.

Zachary journeys through this magical world’s winding tunnels, dimly lit stairwells, crowded ballrooms, and sweetly soaked shores with Mirabel, a fierce, pink-haired protector of the place, in both the enigmatic book and in his own life.

9. A Discovery of Witches by Deborah Harkness

A Discovery of Witches, Deborah Harkness’s dazzling debut novel, launched her into the public eye and ignited a global fan base.

A young scholar and witch descendant named Diana Bishop finds a long-lost and magical, alchemical document called Ashmole 782 in the Oxford Bodleian Library in this story of passion and obsession.

With the help of her leading man, vampire geneticist Matthew Clairmont, she navigates a magical underworld brought on by its emergence.

10. Sorcery of Thorns by Margaret Rogerson

An apprentice at a magical library must fight a strong sorcerer to defend her realm in this “enthralling tale” by the New York Times bestselling author of “An Enchantment of Ravens.”

Evil sorcerers are the norm. Since she can remember, Elisabeth has known that.

Elisabeth was raised as a foundling in one of Austermeer’s Great Libraries, where she spent her formative years surrounded by magical grimoires that rattled beneath iron chains and whispered on shelves.

They can become hideous ink and leather monsters when provoked.

This wonderful list of books about librarians also includes examples of librarians who were feminists ahead of their time and defied racial and social norms.

11. The Lions of Fifth Avenue by Fiona Davis

In 1913, Laura Lyons appears to have it all: her husband works as the administrator of the New York Public Library, which entitles their family to a home inside the opulent structure, and they are blessed with two children.

But determined Laura wants more, and her world is completely upended when she takes a leap of faith and applies to the Columbia Journalism School.

They lure her to Greenwich Village’s new bohemia as her studies lead her all over the city.

There, she finds the Heterodoxy Club, a radical, all-female organization where women are encouraged to express their thoughts on suffrage, birth control, and women’s rights.

12. The Librarian of Auschwitz by Antonia Iturbe

This amazing tale of a young woman who risked her life to preserve the charm of books during the Holocaust is based on the experiences of actual Auschwitz prisoner Dita Kraus.

Dita, who is fourteen years old, is one of the numerous prisoners held by the Nazis at Auschwitz.

Dita is getting used to the continual fear of life in the camp after being taken from the Terezn ghetto in Prague along with her mother and father.

Dita agrees when Jewish leader Freddy Hirsch requests that she take custody of the eight priceless books that the convicts had managed to smuggle past the security.

This remarkable tale of bravery and hope emerges from one of the darkest periods of human history.

13. The Personal Librarian by Marie Benedict and Victoria Christopher Murphy

Belle de Costa Greene was excellent in this romanticized version.

Greene served as both J.P. Morgan’s and his heir’s personal librarians.

She was a black woman who pretended to be white. She had to conceal her ancestry in order to preserve her employment.

14. The Midnight Library by Matt Haig

There is a library with an infinite amount of volumes between life and death.

When Nora gets there, they present her with all the various lives she might have had. Before time runs out, she must find her ideal existence.

This is an intriguing investigation into how our presumptions about different life paths could not be totally true.

There are always chances for us to take charge of our lives and make the necessary adjustments to acquire what we want and need.

This is a short, exciting book that challenges your thinking!

15. What You Wish For by Katherine Center

Simply put, Samantha is a librarian at the school who teams up with the other instructors to fight the stern new principal who has taken over their lovely artistic school.

It also develops into a tale about overcoming fear and sadness while widening your heart to new forms of love as the chapters unfold.

Libraries have done an excellent job of preserving knowledge over the centuries because knowledge is power.

16. A Kind of Paradise by Amy Rebecca Tan

Jaime, who committed wrongdoing at school, is the main character of this middle-grade story.

She is being punished with community service hours at the library for the summer.

Jaime is first hesitant to volunteer, but she soon comes to adore the librarians and regulars.

This great tale of children and adults demonstrates the communal nature of a library.

17. The Library Book by Susan Orlean

Through a thorough examination of the fire that destroyed the Los Angeles Public Library in 1986, you can discover the significance of libraries in our lives.

If your local libraries had an impact on your life in any way, you’ll be drawn into this investigation of their role in communities.

This nonfiction book added an unresolved mystery of how the library caught fire, making it an interesting read.

Another middle-grade tale that older readers will appreciate.

A select group of kids is given the opportunity to spend the night inside the new library as it is officially opened, competing to be the first team to escape Mr. Lemoncello’s game.

19. The Library of Lost and Found by Phaedra Patrick

A book of fairytales is left on librarian Martha Storm’s doorstep, and she is intrigued.

She is motivated to look for answers after reading the devotion that her grandmother, who had passed away three years prior, had left to her.

Martha unearths secrets from her background that will alter the course of her life.

The story will make you think about the world war in a different way as you learn about the librarians’ efforts to assist their American and Jewish subscribers during the conflict.

In addition to being a fantastic place to get books and knowledge, libraries also offer a unique environment.

Fictions about the library have visible traces of the people who have read them.

Did you enjoy reading this article? You can check out other book-related articles here. 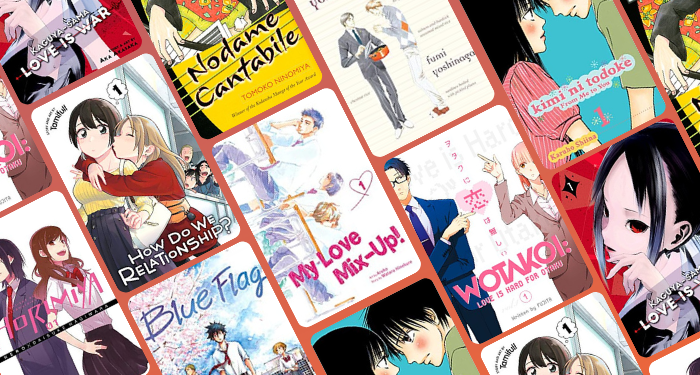 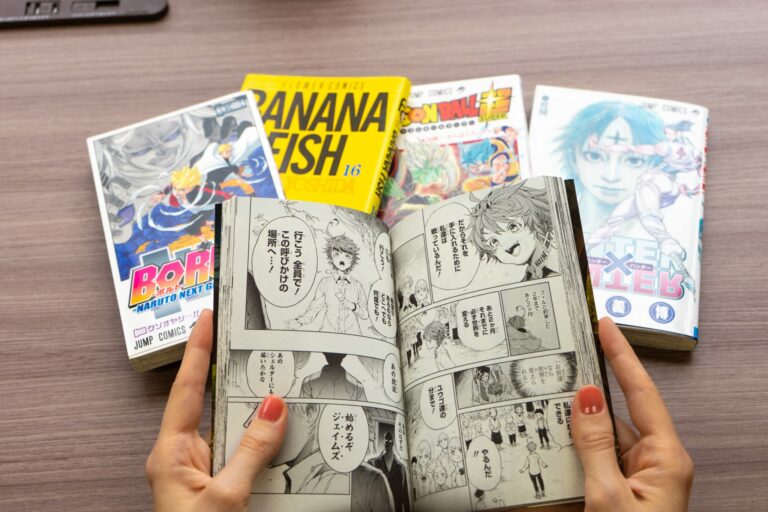 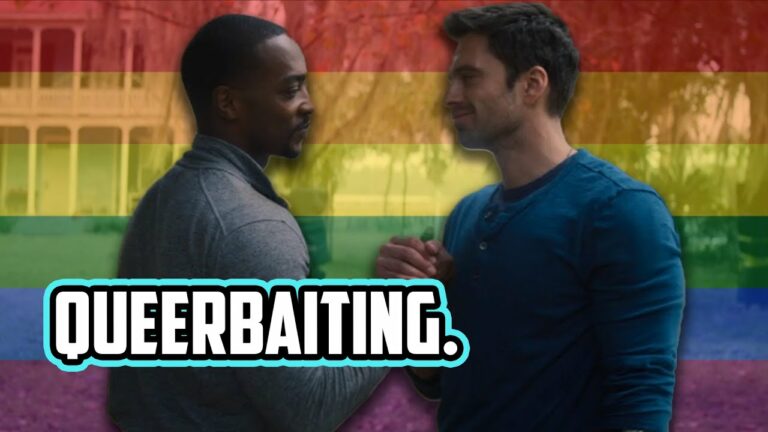 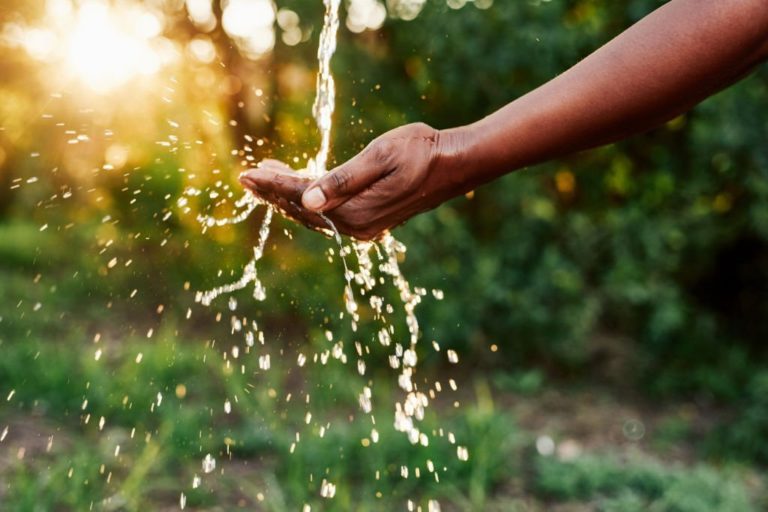 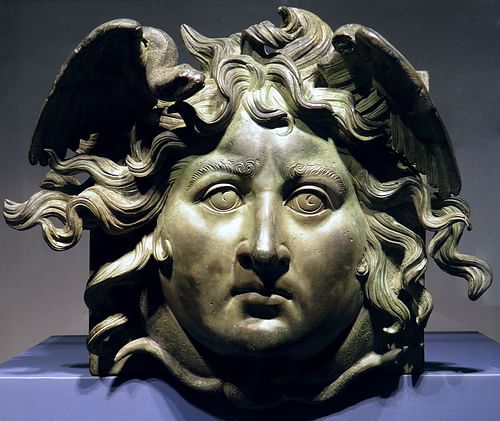