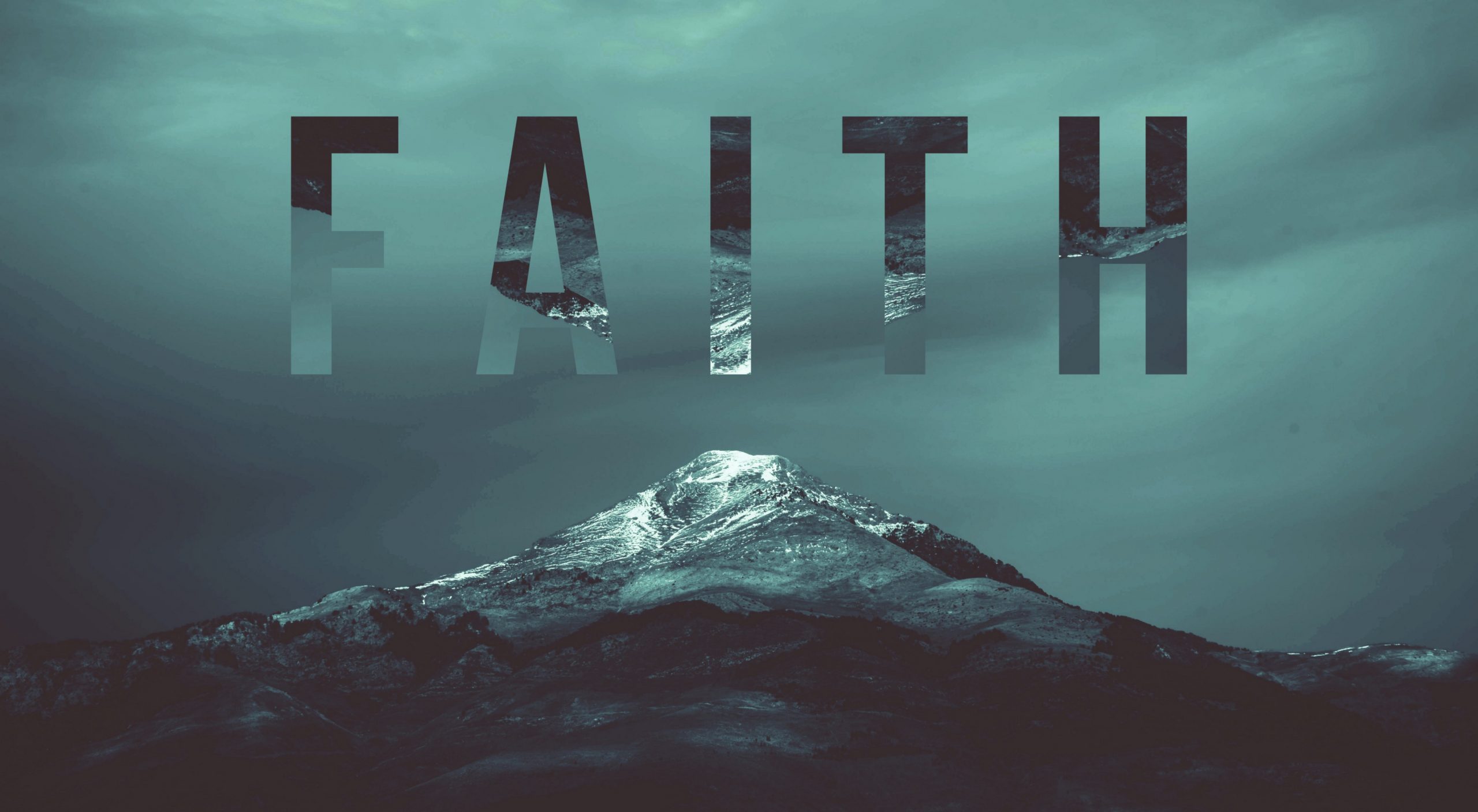 Poems About Faith that will Encourage you in Down Times.

Poems About Faith – It is to defy logic to have faith. To think positively needs trust. To believe that there is a caring God who cares deeply for our suffering needs trust.

After many defeats, to believe in creation, the world, or yourself is to have courage. Faith is an act of valor. It’s a decision to get up and face our fears in the morning and trust that God will help us.

Faith prefers to believe that the next time we will succeed, even though we might have failed one hundred times before that. 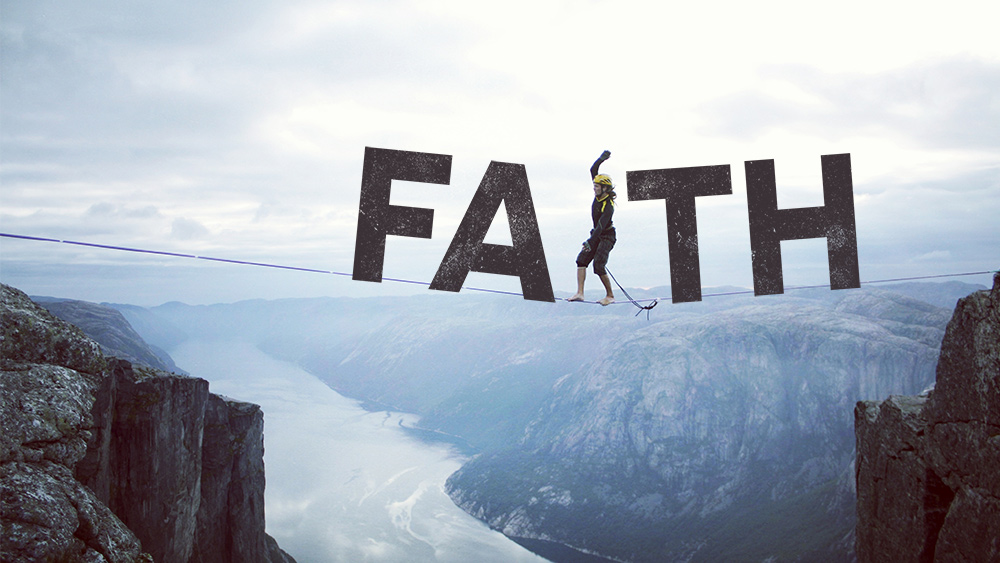 1. “Faith” Is A Fine Invention

“Faith” is a fine invention
When Gentlemen can see—
But Microscopes are prudent
In an Emergency.

To what, could We presume
The Bridge would cease to be
To Our far, vacillating Feet
A first Necessity.

3. In Faith, I Do Not Love Thee With Mine Eyes

In faith, I do not love thee with mine eyes,
For they in thee a thousand errors note;
But ’tis my heart that loves what they despise,
Who in despite of view is pleased to dote.

Nor are mine cars with thy tongue’s tune delighted,
Nor tender feeling to base touches prone,
Nor taste, nor smell, desire to be invited
To any sensual feast with thee alone;
But my five wits, nor my five senses can.

Dissuade one foolish heart from serving thee,
Who leaves unswayed the likeness of a man,
Thy proud heart’s slave and vassal wretch to be.
Only my plague thus far I count my gain,
That she that makes me sin awards me pain.

I am a woman of faith
To a one true God
Depending, leaning and relying
I run to You in prayer
Whenever my soul needs searching

I am a woman of courage
whenever i am down
I maybe tired, drained and worn out
But i know I am strong
To face the situation

I know, i can brave the storm
I know I’ll never be alone
You bring out the best in me.
To love, to care and to reach out
A treasure that will never last.

Since all that is was ever bound to be;
Since grim, eternal laws our Being bind;
And both the riddle and the answer find,
And both the carnage and the calm decree;
Since plain within the Book of Destiny
Is written all the journey of mankind
Inexorably to the end; since blind
And mortal puppets playing parts are we:

Then let’s have faith; good cometh out of ill;
The power that shaped the strife shall end the strife;
Then let’s bow down before the Unknown Will;
Fight on, believing all is well with life;
Seeing within the worst of War’s red rage
The gleam, the glory of the Golden Age. 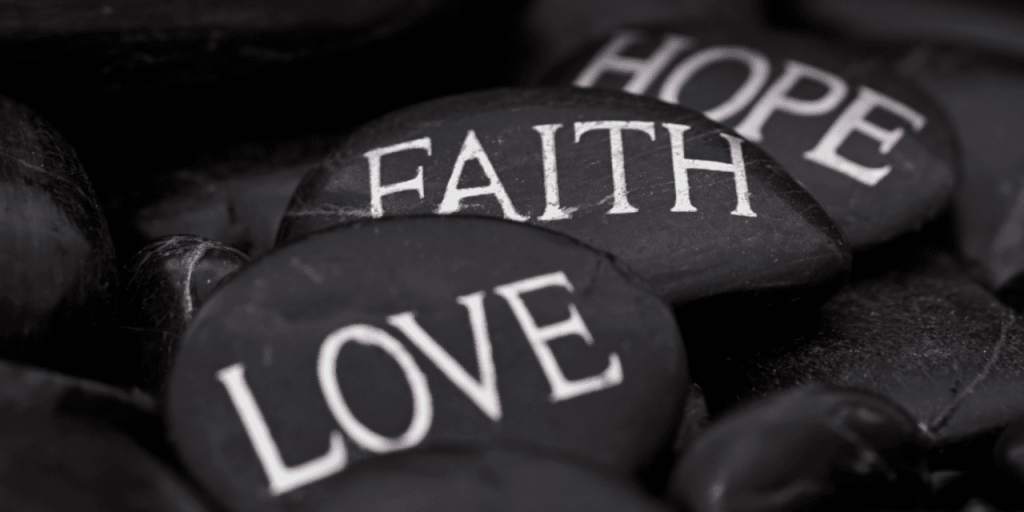 Lord, how couldst thou so much appease
Thy wrath for sin, as when man’s sight was dim,
And could see little, to regard his ease,
And bring by Faith all things to him?

Hungry I was, and had no meat:
I did conceit a most delicious feast;
I had it straight, and did as truly eat,
As ever did a welcome guest.

There is a rare outlandish root,
Which when I could not get, I thought it here:
That apprehension cur’d so well my foot,
That I can walk to heav’n well near.

I owed thousands and much more.
I did believe that I did nothing owe,
And liv’d accordingly; my creditor
Believes so too, and lets me go.

Now, in twilight, on the palace steps
the king asks forgiveness of his lady.

He is not
duplicitous; he has tried to be
true to the moment; is there another way of being
true to the self?

The lady
hides her face, somewhat
assisted by the shadows. She weeps
for her past; when one has a secret life,

Yet gladly would the king bear
the grief of his lady: his
is the generous heart,
in pain as in joy.

The winter wind is loud and wild,
Come close to me, my darling child;
Forsake thy books, and mateless play;
And, while the night is gathering grey,
We’ll talk its pensive hours away;–

‘Ierne, round our sheltered hall
November’s gusts unheeded call;
Not one faint breath can enter here
Enough to wave my daughter’s hair,
And I am glad to watch the blaze
Glance from her eyes, with mimic rays;
To feel her cheek so softly pressed,
In happy quiet on my breast.

‘But, yet, even this tranquillity
Brings bitter, restless thoughts to me;
And, in the red fire’s cheerful glow,
I think of deep glens, blocked with snow;
I dream of moor, and misty hill,
Where evening closes dark and chill;
For, lone, among the mountains cold,
Lie those that I have loved of old.

9. If This Were Faith

God, if this were enough,
That I see things bare to the buff
And up to the buttocks in mire;
That I ask nor hope nor hire,
Nut in the husk,
Nor dawn beyond the dusk,
Nor life beyond death:
God, if this were faith!

Having felt thy wind in my face
Spit sorrow and disgrace,
Having seen thine evil doom
In Golgotha and Khartoum,
And the brutes, the work of thine hands,
Fill with injustice lands
And stain with blood the sea:

If still in my veins the glee
Of the black night and the sun
And the lost battle, run:
If, an adept,
The iniquitous lists I still accept
With joy, and joy to endure and be withstood,
And still to battle and perish for a dream of good:
God, if that were enough!

Words of mouth go with the wind,
and prefer we walking on jotted lines.

Man against man is pitted
in a cobweb of scribble-jumble!

Alas, orals lost credence
and writings gained muscle!
Words or writings are of what vouch
when human ethics is in pathetic crouch? !

Was this the man; the Divine did plan?
What a shame to be called a human;
sans being humane, a quality God did sow
but alas, man never allowed it to grow!

Once for the sceptre of Germany, fought with Bavarian Louis
Frederick, of Hapsburg descent, both being called to the throne.
But the envious fortune of war delivered the Austrian
Into the hands of the foe, who overcame him in fight.
With the throne he purchased his freedom, pledging his honor
For the victor to draw ‘gainst his own people his sword;

But what he vowed when in chains, when free he could not accomplish,
So, of his own free accord, put on his fetters again.
Deeply moved, his foe embraced him,–and from thenceforward
As a friend with a friend, pledged they the cup at the feast;
Arm-in-arm, the princes on one couch slumbered together.

While a still bloodier hate severed the nations apart.
‘Gainst the army of Frederick Louis now went, and behind him
Left the foe he had fought, over Bavaria to watch.

A blue jay poses on a stake
meant to support an apple tree
newly planted. A strong wind
on this clear cold morning
barely ruffles his tail feathers.
When he turns his attention
toward me, I face his eyes
without blinking.

A week ago
my wife called me to come see
this same bird chase a rat
into the thick leaves
of an orange tree.
We came as
close as we could and watched
the rat dig his way into an orange,
claws working meticulously.

Then he feasted, face deep
into the meal, and afterwards
washed himself in juice, paws
scrubbing soberly. Surprised
by the whiteness of the belly,
how open it was and vulnerable,
I suggested I fetch my .22.
She said, “Do you want to kill him?”
I didn’t.

There are oranges
enough for him, the jays, and us,
across the fence in the yard
next door oranges rotting
on the ground. There is power
in the name rat, a horror
that may be private.

When I was a boy and heir to tales
of savagery, of sleeping men
and kids eaten half away before
they could wake, I came to know
that horror. I was afraid
that left alive the animal
would invade my sleep, grown
immense now and powerful
with the need to eat flesh.

GREY dawn—and lucent star that slowly paled
Beyond the breaking splendour of the years,
When boyhood’s heart looked up to heaven, through tears
Of joy, to see the glory of God unveiled:

High noon—and bridal earth, whose footsteps failed
For very love—when passionate hopes and fears
Dazzled the flowers, made music in the ears,
And through the trancéd wood their splendour trailed.

Childhood, and youth, and age—for each a prize,
Faith—Love—and Death—I know not which is best. 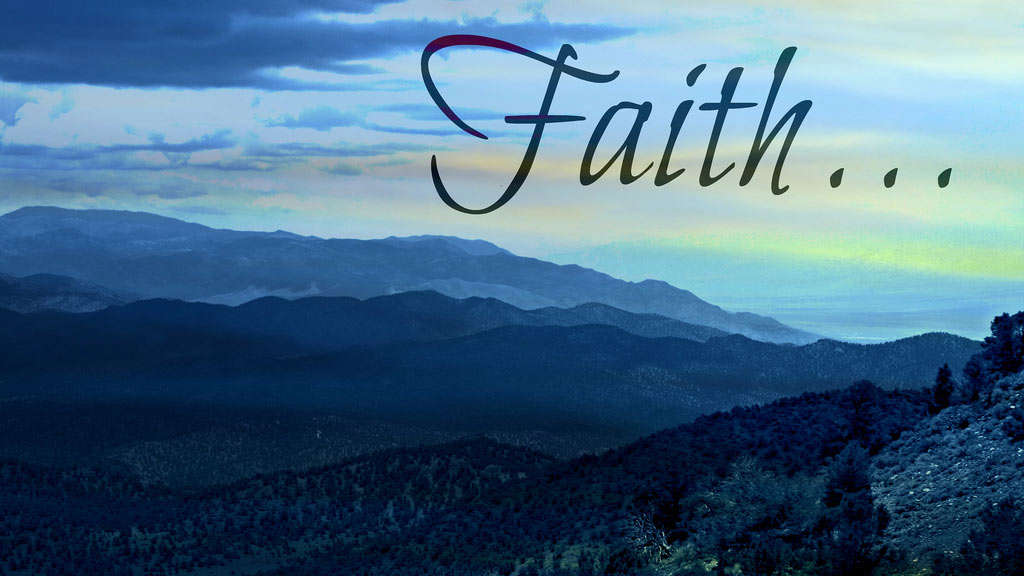 Poems About Faith – After many defeats, to believe in creation, the world, or yourself is to have courage. Faith is an act of valor. It’s a decision to get up and face our fears in the morning and trust that God will help us.

Faith prefers to believe that the next time we will succeed, even though we might have failed one hundred times before that. 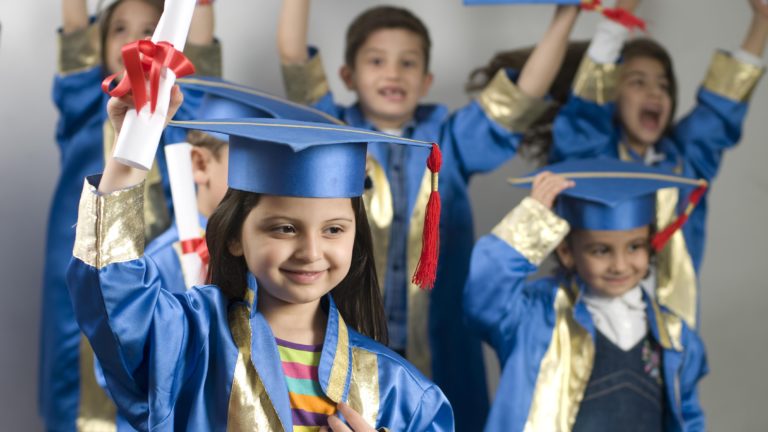 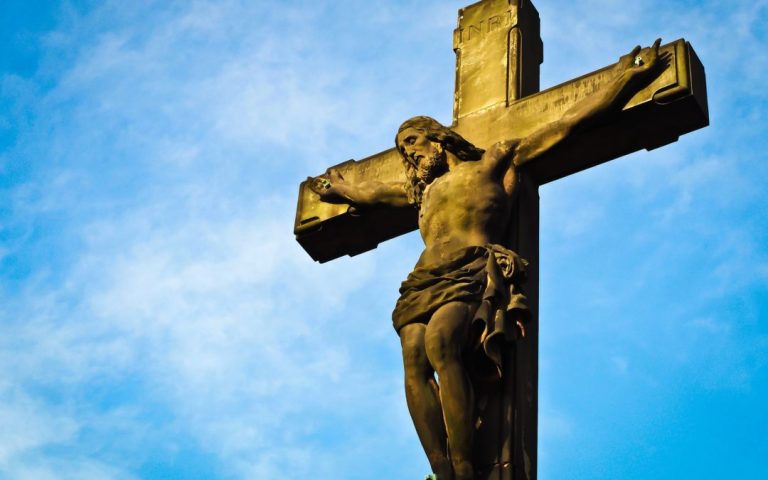 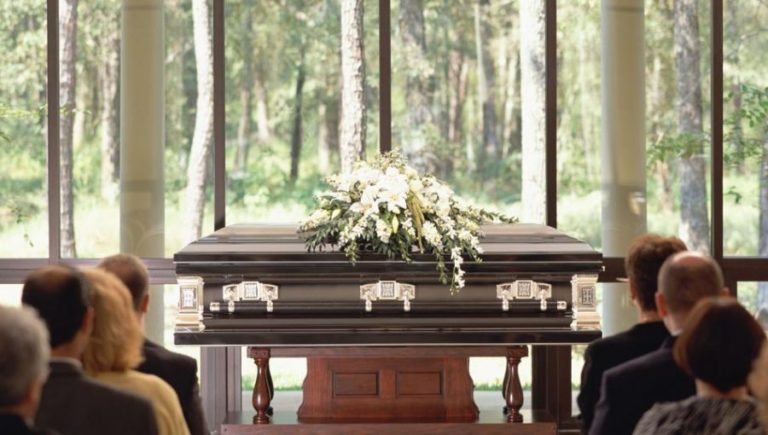 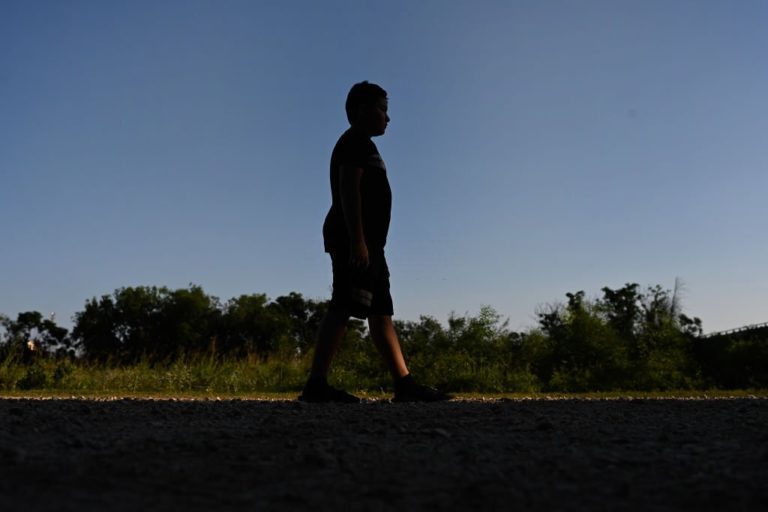 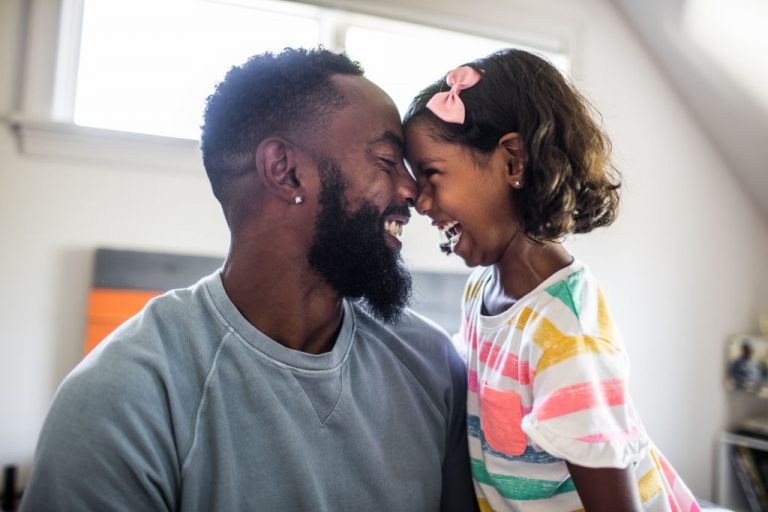 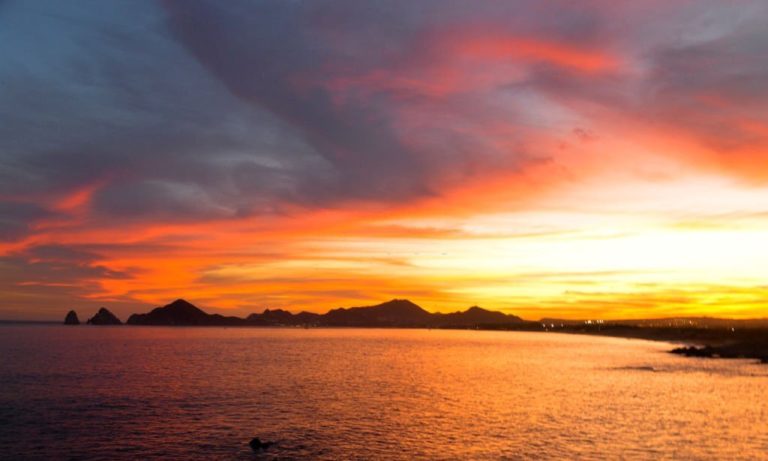