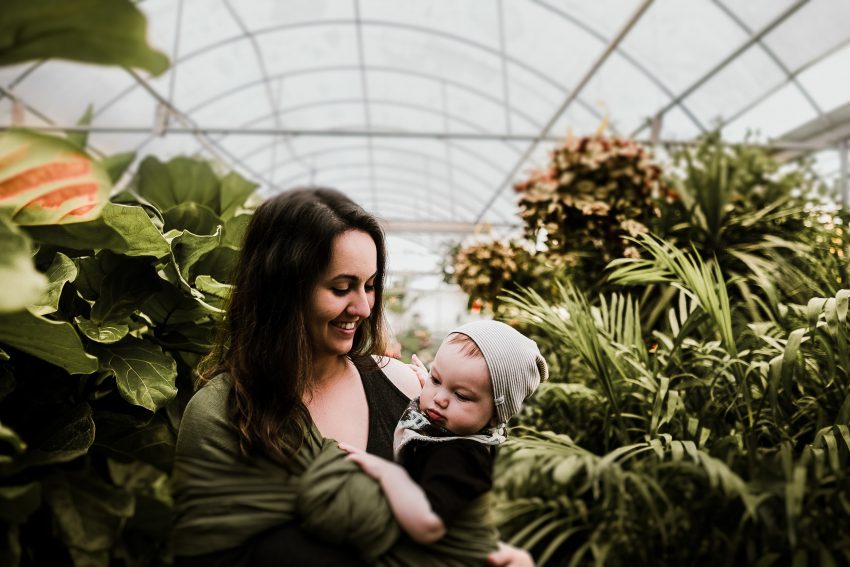 Classic Garden Poems Collection that is Worth Reading.

Classic Garden Poems – There are many different gardens around the world that have been designed by people.

Every tree in a Japanese garden is perfectly pruned, with no leaves out of place. Without forethought as to the exact location suitable for it, nothing is planted.

Classic Garden Poems – There are English gardens famous for their roses and their beautiful shrubbery lines. They are too numerous to list the number of garden forms. Of all gardens, one thing is real.

It is a mutual development between the desire of man to create a space of calmness and the capacity of nature to comply. 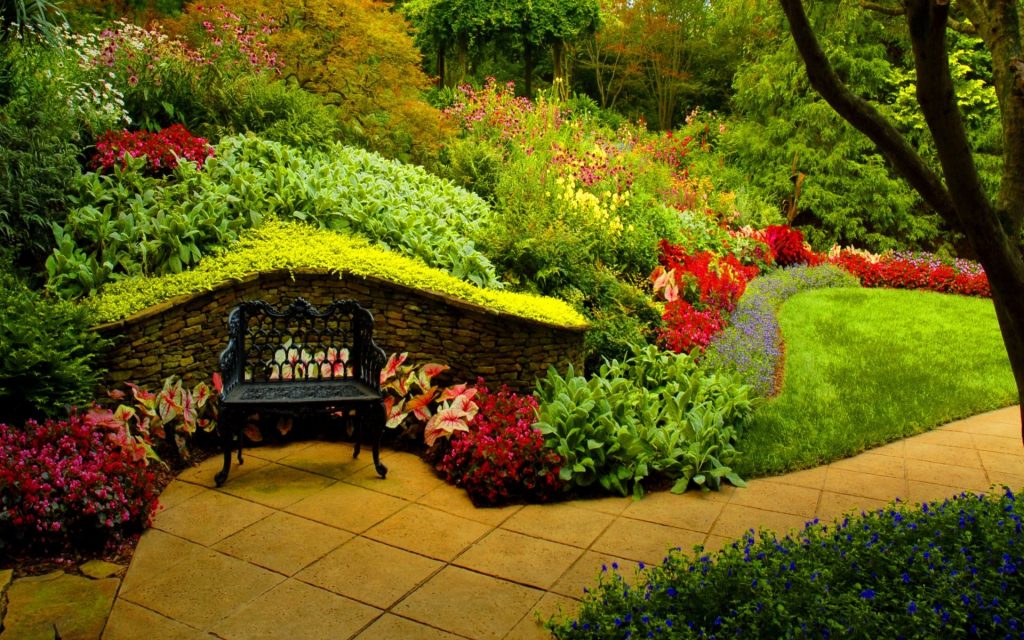 This grasshopper, I mean –
the one who has flung herself out of the grass,
the one who is eating sugar out of my hand,
who is moving her jaws back and forth instead of up and down –

who is gazing around with her enormous and complicated eyes.
Now she lifts her pale forearms and thoroughly washes her face.
Now she snaps her wings open, and floats away.
I don’t know exactly what a prayer is.

I do know how to pay attention, how to fall down
into the grass, how to kneel down in the grass,
how to be idle and blessed, how to stroll through the fields,
which is what I have been doing all day.

Tell me, what else should I have done?
Doesn’t everything die at last, and too soon?
Tell me, what is it you plan to do
with your one wild and precious life?

2. What I Would Like to Grow in my Garden

Peonies, heavy and pink as ’80s bridesmaid dresses
and scented just the same. Sweet pea,
because I like clashing smells and the car
I drove in college was named that: a pea-green
Datsun with a tendency to backfire.

Sugar snap peas, which I might as well
call memory bites for how they taste like
being fourteen and still mourning the horse farm
I had been uprooted from at ten.

Also: sage, mint, and thyme—the clocks
of summer—and watermelon and blue lobelia.
Lavender for the bees and because I hate
all fake lavender smells. Tomatoes to cut
and place on toasted bread for BLTs, with or without

the b and the l. I’d like, too, to plant
the sweet alyssum that smells like honey and peace,
and for it to bloom even when it’s hot,
and also lilies, so I have something left

to look at when the rabbits come.
They always come. They are
always hungry. And I think I am done
protecting one sweet thing from another.

If words are seeds,
let flowers grow
from your mouth,

not weeds.
If heart are gardens,
plant those flowers
in the chest of the ones
who exist around you.

As a seed, I was shot out the back end of a blue jay
when, heedless, she flew over the meadow.
She had swallowed me in my homeland when she spied me
lying easy under the sun—briefly, I called her Mother
before I passed through her gullet like a ghost.

In a blink of God’s eye I was an orphan. I trembled
where I fell, alone in the dirt. That first night
was a long night, early May and chilly, and I remember
rain filled my furrow. I called out for mercy—

only a wolverine wandered by. I cursed my luck,
I cursed the happenstance of this world, I smelled
his hot stink, but he nosed me deep into the mud—
this was the gift of obscurity. I germinated, hidden

from the giants of earth, the jostling stalks,
the various, boisterous bloomers, and this was my salvation.
After seven days and nights I pushed through—
yes. Here I am, kissable: your tiny, purple profusion. 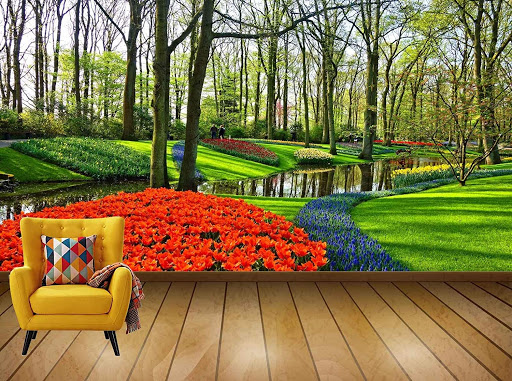 6. Brought me many Flowers

Beloved, thou hast brought me many flowers
Plucked in the garden, all the summer through
And winter, and it seemed as if they grew

In this close room, nor missed the sun and showers,
So, in the like name of that love of ours,
Take back these thoughts which here unfolded too,

And which on warm and cold days I withdrew
From my heart’s ground. Indeed, those beds and bowers
Be overgrown with bitter weeds and rue,
And wait thy weeding; yet here’s eglantine,

Here’s ivy!— take them, as I used to do
Thy flowers, and keep them where they shall not pine.
Instruct thine eyes to keep their colours true,
And tell thy soul, their roots are left in mine.

We waited for the sun
To break its cloudy prison
(For day was not yet done,
And night still unbegun)
Leaning by the dial.

After many a trial—
We all silent there—
It burst as new-arisen,
Throwing a shade to where
Time travelled at that minute.

Little saw we in it,
But this much I know,
Of lookers on that shade,
Her towards whom it made
Soonest had to go.

Last night he said the dead were dead
And scoffed my faith to scorn;
I found him at a tulip bed
When I passed by at morn.

“O ho!” said I, “the frost is near
And mist is on the hills,
And yet I find you planting here
Tulips and daffodils.”

“The pulse of life I cannot feel,
The skin is dried and brown.
Now look!” a bulb beneath my heel
I crushed and trampled down.

In anger then he said to me:
“You’ve killed a lovely thing;
A scarlet blossom that would be
Some morning in the Spring.”

“Last night a greater sin was thine, ”
To him I slowly said;
“You trampled on the dead of mine
And told me they are dead.”

The boy is blowing bubbles
with his mother, shimmering orbs
that glitter and dance
on the face of the lawn.
He prances after them, staring
with the deep mirror of his eyes
as they pop and disappear.
Flapping his arms, he chases them
toward the garden cosmos,
their mauve and lilac gowns
of silk voile waltzing
in the breeze.
He orbits around his mother
as she dips in her wand,
produces these baubles
from breath and film.
The glassy bubbles rise in a swirl
of pink and blue, a moment’s iridescence.
This is the only magic the mother can conjure;
she cannot help him talk or say his name.
But they can do this together,
blow bubbles on a breezy afternoon,
make a strand of hand-blown beads
to grace the throat of the lawn. 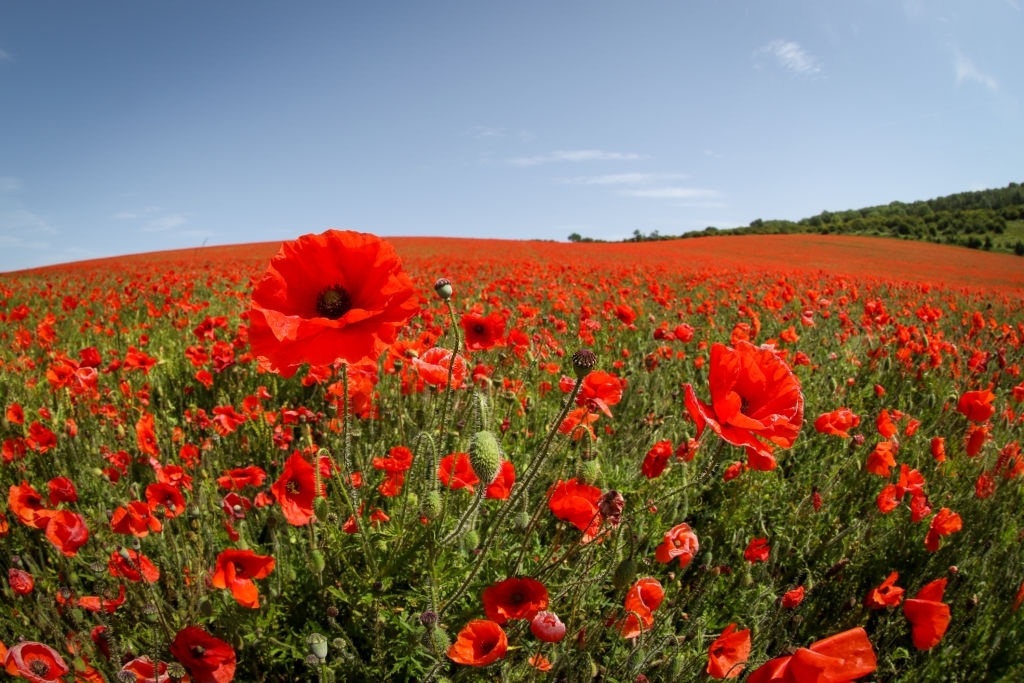 As the holly groweth green
And never changeth hue,
So I am, ever hath been,
Unto my lady true.

As the holly groweth green
With ivy all alone
When flowers cannot be seen
And greenwood leaves be gone,

Now unto my lady
Promise to her I make,
From all other only
To her I me betake.

Adieu, mine own lady,
Adieu, my special
Who hath my heart truly
Be sure, and ever shall.

by Henry VIII, King of England

Nothing is so beautiful as spring—
When weeds, in wheels, shoot long and lovely and lush;
Thrush’s eggs look little low heavens, and thrush
Through the echoing timber does so rinse and wring
The ear, it strikes like lightnings to hear him sing;
The glassy peartree leaves and blooms, they brush
The descending blue; that blue is all in a rush
With richness; the racing lambs too have fair their fling.
What is all this juice and all this joy?
A strain of the earth’s sweet being in the beginning
In Eden garden.—Have, get, before it cloy,
Before it cloud, Christ, lord, and sour with sinning,
Innocent mind and Mayday in girl and boy,
Most, O maid’s child, thy choice and worthy the winning.

13. The Mower Against Gardens

Luxurious man, to bring his vice in use,
Did after him the world seduce,
And from the fields the flowers and plants allure,
Where nature was most plain and pure.
He first enclosed within the garden’s square
A dead and standing pool of air,
And a more luscious earth for them did knead,
Which stupefied them while it fed.
The pink grew then as double as his mind:
The nutriment did change the kind.
With strange perfumes he did the roses taint,
And flowers themselves were taught to paint.
The tulip, white, did for complexion seek,
And learned to interline its cheek;
Its onion root they then so high did hold,
That one was for a meadow sold.
Another world was searched, through oceans new,
To find the marvel of Peru.
And yet these rarities might be allowed,
To man, that sovereign thing, and proud,
Had he not dealt between the bark and tree,
Forbidden mixtures there to see.

I spied beside the garden bed
A tiny lass of ours,
Who stopped and bent her sunny head
Above the red June flowers.
Pushing the leaves and thorns apart,
She singled out a rose,
And in its inmost crimson heart,
Enraptured, plunged her nose.
“O dear, dear rose, come, tell me true—
Come, tell me true,” said she,
“If I smell just as sweet to you
As you smell sweet to me!” 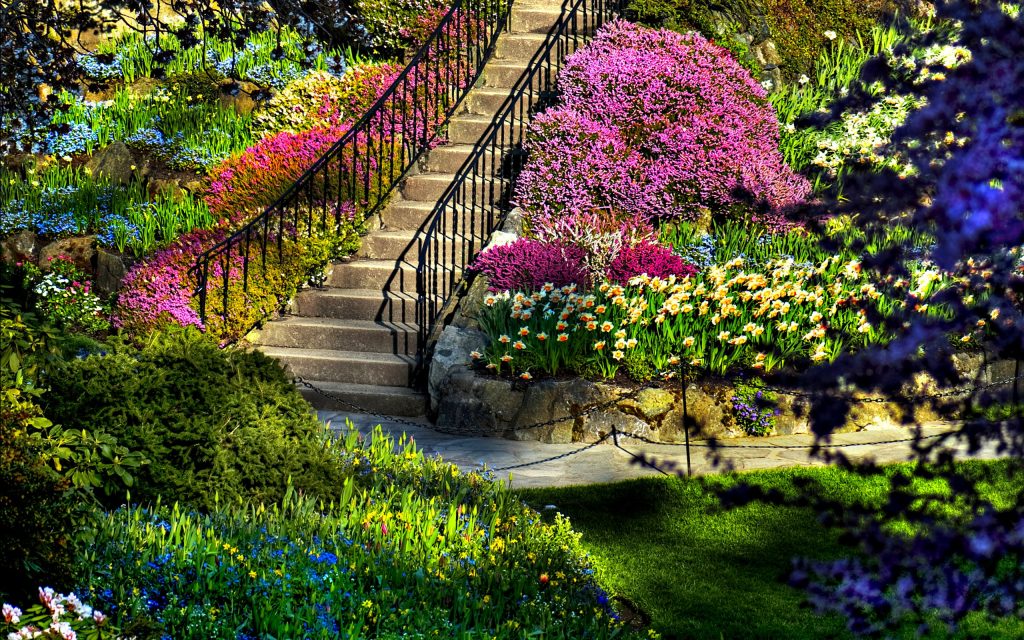 Classic Garden Poems – In poetic imagination, the notion of a greenhouse, a cultivated enclosure, has always been important. Gardens and gardening are, whether actual or symbolic, ripe with meaning.

In these Classic Garden Poems, you find inspiration and beauty.