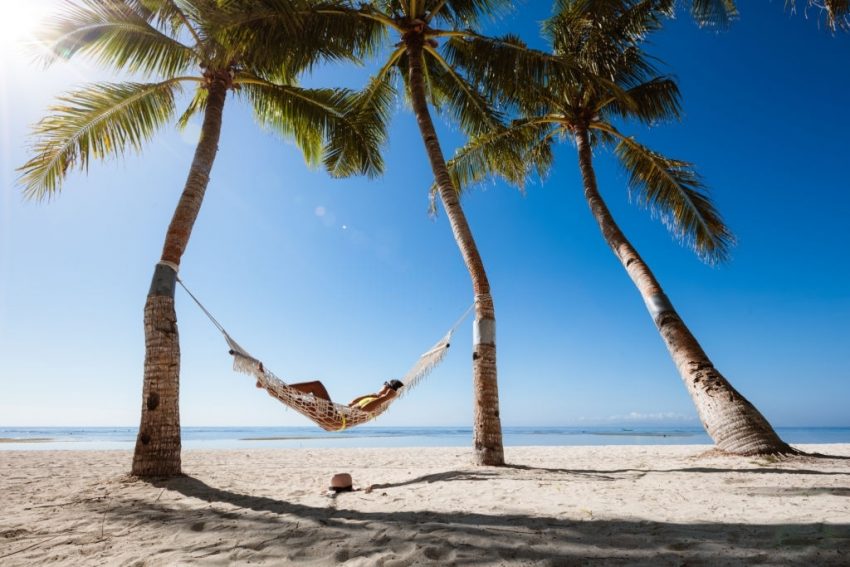 Poems about the Seaside for Solitude and Meditation.

Poems: This article is a collection of sea poems from famous poets and the best sea poems to feel good. The most beautiful sea poem was ever written. Read all poems for the sea. 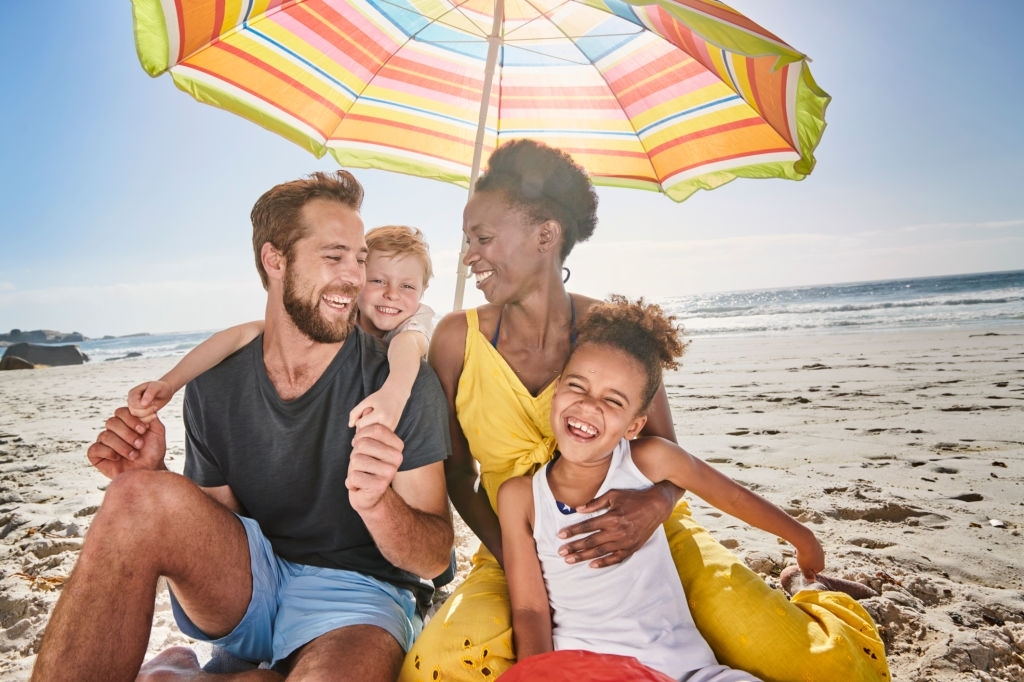 What are the greatest sea poem collections you have come across? I’ve scoured the oceans of verse to bring you these classic seafaring poems, covering over a thousand years of English-language poetry.

1. The Endless Composting of Life

We found the skull of a small bird
on the beach beyond the east point,
a small wood like object resting on a scallop shell

nuzzled in seaweed that clung to rocks
on the isolated graveyard beach,
crab legs and pieces of sea urchins scattered around

the day sparkled as we marveled at this finding,
tiny head on a platter with scored edges,
offering to the spirits of the sand and surf

it may have been an oven bird or one of the plovers
on a daring seaside mission, I’ve seen them
dive like bombers at the drop of a dime

Ferry to New Brighton –
nothing here to frighten, she said
but the fairground rides and helter skelter
made my young knuckles whiten.

We loved our annual seaside trips –
battered fish and vinegared chips,
watching the liners and the merchant ships,
coming home from across the sea.
Still too hot, our sugary tea.
Candy floss on shivering lips
panic as the ice cream drips
onto bare legs and laps
while the sand sticks
and the wild wind slaps.

Too soon, the waltz of the Wurlitzer fades
to the rattle of shells, our bucket and spades
the slap of our sandals down the pier
but still we know in our buzzing heads –
though heading for home and our sleepy beds
we’ll be back again next year.

3. Trips to the Shore

It’s Saturday,
two years after graduation
from a Pennsylvania high school,
in the middle of humid July.

Off from work,
before the kid
and lunatic babies mother,
hanging out with a couple buddies
taking a short hour drive
to the jersey shore.

Destination Seaside, New Jersey,
tossing the pigskin
feeling a little tougher than usual
with the small particles of sand
gravitating towards the laces.

Sitting down on beach chairs,
sunglasses over our eyes,
checking out the ladies
who sun bathe with oil,
lathering each other’s backs.

They don’t take notice,
we hid a case of beer in our cooler
and begin pouring them
in red solo cups
as not to draw attention.

The sounds of the boardwalk
calls from carnies trying to get Joe Schmo
to play a water gun game
to try and win his sweetheart a bear,
resonating to the beach.

Smells of salty fresh air,
sausage and peppers,
vinegar fries,
and funnel cake
wafting through the air
all in a hypnotic cocktail.

Like paradise wrapped itself up
in a full day
and landed on the east coast,
where even the gulls are happy.

We finish the evening
riding roller coasters,
half drunk,
sitting under the stars,
reflecting on the lands,
a century apart from each other,
all headed in different directions.

4. Not My Favorite Birds

I remember the yakking hard- faced gulls
From my younger tender days
Their squawking, screaming persistence
Their swooping darting ways.

They’d even land beside you
Which really wrecked my head.
To steal your lunch – no problem,
They had a taste for chips and bread.

And a stare that if not evil
Looked at best perplexed
With a degree of bare-faced cheek
that said: I’m going for your ice cream next.

We’re perched on this ‘ere railin’
backs to the floodin’ tide
lookin’ well pissed off
‘cause of ‘unger pangs inside.

There’s a cold wind on the river
that ruffles up our bums
and we feel a bit neglected,
abandoned by our mums

who taught us to scav off visitors
like you who come in cars
and munch your lunch in comfort
so, hey up! Where’s ours?

We can see you through your windscreens
with your egg and bacon baps.
You can’t have eaten everythin’
surely you’ve got scraps.

I know the sign says take your litter
home – don’t drop it ‘ere
but I don’t mind recyclin’ it
if you drop it on the pier.

Some folk chuck a bit o’ crust
others a greasy chip.
We don’t mind a drop of gravy
but curry gives us jip.

We can easy rip through wrappin’
peck through trays of plastic
but if you could remove tin foil
that would be fantastic.

So were sittin’ on this railin’
numb of bum and feathers wet
‘opin’ you’re the generous type
and not some stingy get.

6. The Butterfly and the Mermaid

Within the summer sun drifting though the blue sky,
which reflects upon the ocean waves.
A mermaid of the deep, swims up to see the sky.

Sitting on a rock of grey, she baths within the golden rays,
she looks upon her fins and scales,
to see that they are golden greens and regal blues,
she skin is pale upon her long, bony hands.

Fluting down from up on high, to rest upon her bony finger
a creature of the woodland air, so lost upon the ocean breeze.

A butterfly which flutters with purple wings,
tells tales of fairies that dance the skies.
Of a fairy King, so beautiful and strong,
with his fairy Queen so elegant and sweet.

But once his tale is told, the butterfly flutters once more away,
the once blue sky, now dark with twinkling lights,
so once again the mermaid drives down below the waves,
with tales of woodland fairies, upon her fluttering lips.

And I know, when the wind takes away my breath before I breathe
And when its taste is not bitter, but a salty sweet
And my bones rock back and forth careless and naïve,
And the stones slide slowly from underneath my feet

As the breeze strikes pink punches on the peak of each cheek
And when white fringes of the water lap at my toes
And as the seagulls dip and glide, scream and shriek
I know, as the salted air shields me and the whole world slows

And I am sure that the sound of tide pulling back over the stones
And the scent of sea air that lingers in every waft that hits me
Is enough reason to belong, to sink back into my skin and my bones
Is enough to know, without even setting sail that I am already at sea.

8. The Man that Sang of Summer

Your care that bared such fruitful gifts that I could not part with
The sun that came that now in drain no more shines on this cliff
Your presence and the future will no more stand at my side
And if you will not come for me then I will find you, bride

Carefree in leisure time, one blasé tourist,
almost happy, I once had collected a complicated stone;
after the sunny hours had ended and last opportunity
for keepsakes began.

In my hand the stone had kept all of its mouths sewn shut,
holding its amalgamated story, and likewise in the car,
on the plane, through US Customs where it was not
in the least suspected.

A thumbnail identity I now should guess at, marking an old date,
and fixing it to, with reasonable estimate, a map location:
Plot No. 243, East end of the island, slave sugar plantation,
the stone from the corner of a ruined sugarmill stair—
broken free by my criminal hand.

The stone like a bleached out mini-monolith,
square rectangular, could be stood on end;
was swollen at its center like a pulled cork.

What could have moved this sequestered world to opening?
That was not for me to exactly discover,
except what came on Christmas Day,
two days after my returning.

The drop at-arms-swish of the Driver’s bullwhip.
Flecks of spirit splayed on vegetation.

A mongrel dog barked beyond the windless wall of sugarcane
in centipede and mosquito heat.

So little of aid for the slaves, but for those dangerous secrets,
un-housed in the fallen coolness of the night:
demonstratively crystalline heaven of stars;
a ragged moon, clouds scudding eastward toward Africa.
And there — Orion’s Belt, mid-sky, illustrious bright,
with its three centering star points in rational line,
as if Hope could have flung its anchor onto Life
engendering sanctified resistance.

Christmas morning, 5 a.m.
I had awakened from a stuck place, shapeless and dark,
half in dreaming and half knowing I was in no dream.

I was sobbing, yet strangely, because there were no tears.
I had only put the stone inside my pajama top onto my heart.

Lo! Death has reared himself a throne
In a strange city lying alone
Far down within the dim West,
Where the good and the bad and the worst and the best
Have gone to their eternal rest.
There shrines and palaces and towers
(Time-eaten towers that tremble not!)
Resemble nothing that is ours.
Around, by lifting winds forgot,
Resignedly beneath the sky
The melancholy waters he.

No rays from the holy heaven come down
On the long night-time of that town;
But light from out the lurid sea
Streams up the turrets silently-
Gleams up the pinnacles far and free-
Up domes- up spires- up kingly halls-
Up fanes- up Babylon-like walls-
Up shadowy long-forgotten bowers
Of sculptured ivy and stone flowers-
Up many and many a marvellous shrine
Whose wreathed friezes intertwine
The viol, the violet, and the vine.
Resignedly beneath the sky
The melancholy waters lie.
So blend the turrets and shadows there
That all seem pendulous in air,
While from a proud tower in the town
Death looks gigantically down.

There open fanes and gaping graves
Yawn level with the luminous waves;
But not the riches there that lie
In each idol’s diamond eye-
Not the gaily-jewelled dead
Tempt the waters from their bed;
For no ripples curl, alas!
Along that wilderness of glass-
No swellings tell that winds may be
Upon some far-off happier sea-
No heavings hint that winds have been
On seas less hideously serene.

But lo, a stir is in the air!
The wave- there is a movement there!
As if the towers had thrust aside,
In slightly sinking, the dull tide-
As if their tops had feebly given
A void within the filmy Heaven.
The waves have now a redder glow-
The hours are breathing faint and low-
And when, amid no earthly moans,
Down, down that town shall settle hence,
Hell, rising from a thousand thrones,
Shall do it reverence.

For more classic seaside poetry, I recommend Daily Time Poems – perhaps one of the best poetry anthologies on the internet. Kindly share this post with your friends on social media.